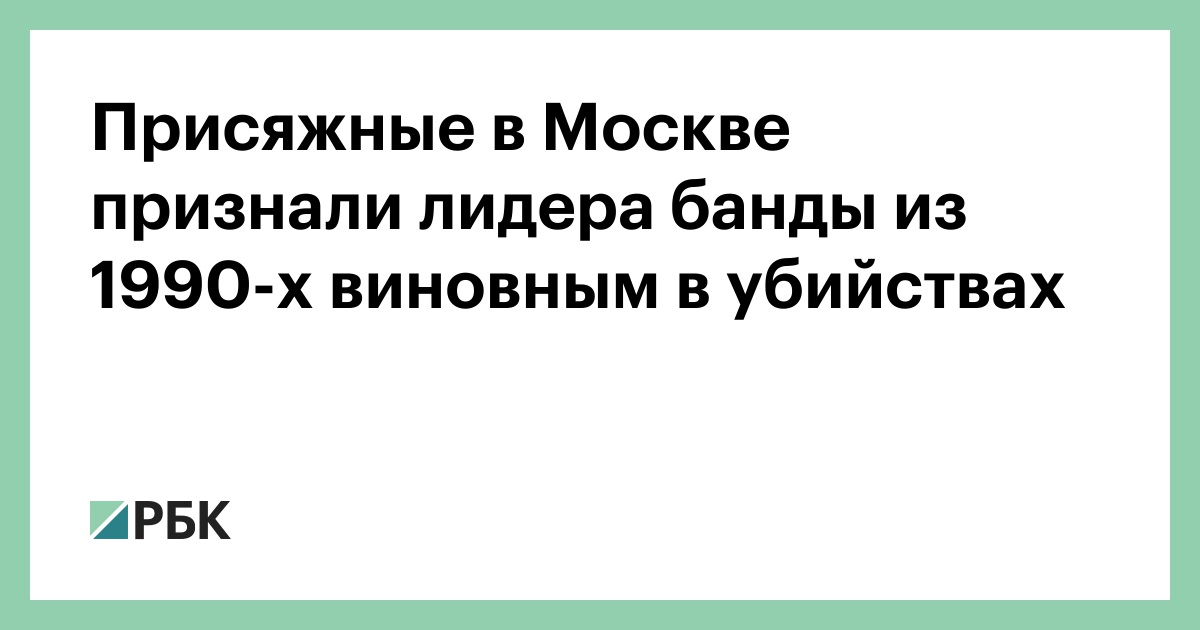 Sergey Zakharov (Zakhar) headed the gang in 1994, after the death of its two previous ringleaders Gennady Pushkov and Sergei Kushner, Kommersant wrote. In particular, the gang controlled the Danilovsky market and the construction company Yunisstroy. In 1997, Zakharov was suspected of the murder of a businessman. However, it was not possible to prove that he killed him, and Zakharov served only two years for possession of weapons.

After his release, in the summer of 1999, the gang kidnapped and killed businessman Gennady Fedulov, who worked at the Odintsovo customs. After that, the bandits kidnapped Maxim Konygin, the owner of the MTK Finance oil company, and demanded $ 750,000 for him. Then the businessman disappeared.

Later, the son of the owner of the Absheron restaurant was kidnapped, for whom they demanded $ 60 thousand. However, the relatives could not collect the required amount, and then the bandits killed him.

In August 2000, Alexander Borisov and Alexander Burlakov were arrested. Zakharov and his other accomplices went into hiding. The leader was detained only in May 2001: he was accidentally met on the street by one of the operatives.

In April 2003, Zakharov, Borisov and Burlakov were sentenced to 21 years in a strict regime colony, 14 and 7 years respectively, they were found guilty of banditry, murder, kidnapping, extortion and a number of minor crimes. Zakharov himself confessed only to the possession of weapons and the use of a forged document and did not surrender any of his accomplices.