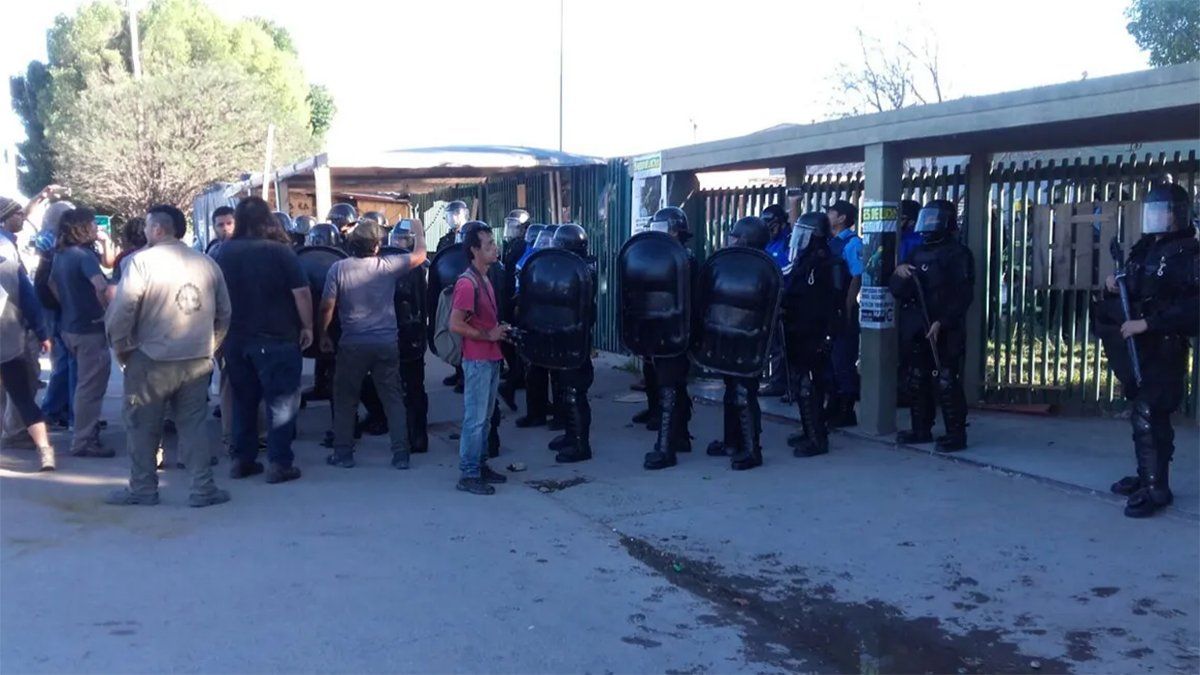 The Justice found the police officer Sergio Palomino guilty in the case for the bullet that the former left-wing deputy Raúl received Godoy in a protest of workers loggers. The case was developed under the cover Aggravated injuries for the use of weapons, in addition to being provoked by a police officer.

The court that issued the sentence was made up of Ana Malvido, Daniel Varessio and Mauricio Zabala.

Godoy was a deputy in December 2017, when he participated in a demonstration by the workers of the MAM logging company, who were in an intricate conflict with the bosses, in which the governments of the province and the city had interference.

Eviction at the MAM lumberyard

The right ankle of the then FIT deputy, Raúl Godoy, after being shot by the police on December 8, 2017.

At the door of the plant of the company, a policeman fired a bullet that went directly to the right ankle of the then deputy for the Left Front and a ceramic worker. The injury was classified as serious.

“Now we are going to continue fighting for an effective prison and to investigate political responsibilities. In this trial the police organized to lie and defend the gunman who shot me in the back“Godoy said after hearing the verdict.

“As we said from the first moment, Here much more was put at stake than the conviction of a policeman. It is about the right to protest, and in that sense, this sentence sets a precedent. We are going to carry the fight against impunity to the end, “he said.

“For all the victims of police and institutional repression who were never able to sit in a trial. For all those who suffer harassment by the police in the neighborhoods“proclaimed the leader of the Socialist Workers Party (PTS).

Before the start of the trial, the potter had anticipated: “I was a provincial deputy and they shot me without disgust; what remains for a worker in the province of Carlos Fuentealba and Teresa Rodríguez“.

The lawyer Natalia Hormazabal, councilor for the FIT in the capital, considered: “Palominos is criminally responsible. We not only knew it but we tested it. We are very satisfied with the verdict that closes a first stage, then the sentence will come. A ruling against impunity: for Teresa, for Carlos and for the kids killed by the easy trigger ”,