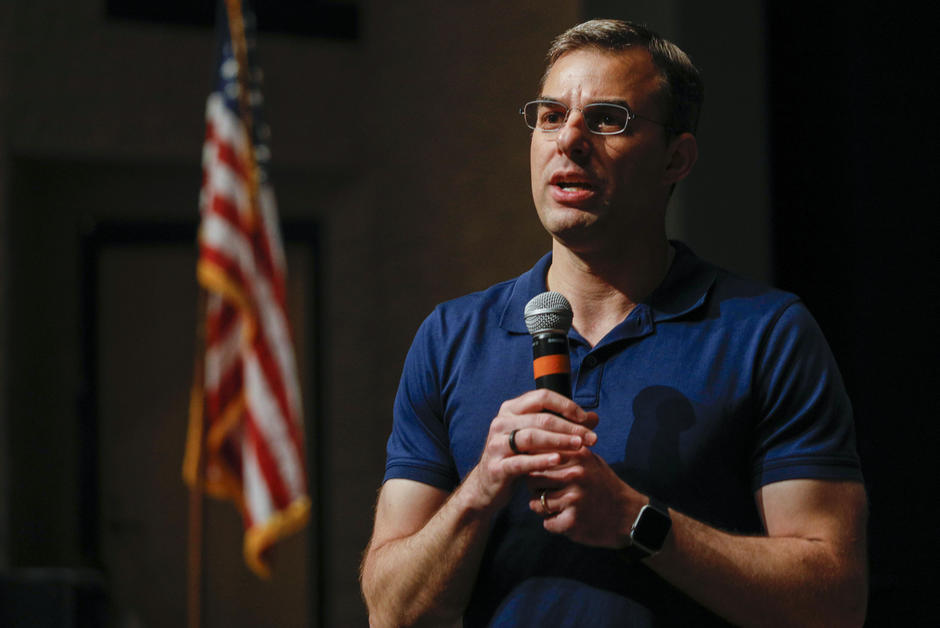 Former Republican, representative of Michigan intends to obtain the nomination of the Libertarian Party, which had obtained nearly 4.5 million votes in 2016. For the anti-Trump conservatives, it is above all likely to improve the chances of reelection of the outgoing president .

The duel announced between Donald Trump and Joe Biden may well have a referee. Michigan representative Justin Amash will indeed “Try to get the nomination of the Libertarian Party for the presidential election”, bring it back Washington Post.

By launching an exploratory committee and asserting on Twitter that the Americans were “Ready for a practical approach based on the humility and trust of the people”, former Republican ended months of speculation that he would run “As another possible choice against President Trump and the presumed democratic candidate Joe Biden”, underlines the daily life of the capital.

Justin Amash, who just turned 40, was elected “During the 2010 Tea Party wave” and “More and more distant” of Republicans over the past decade. According to Washington Post, he showed himself “Very critical” with regard to Trump’s campaign in 2016.

He could capture a crucial electorate for Biden

In 2019, shortly after requesting the removal of Donald Trump, he left the Republican Party and was approached by members of the Libertarian Party for the nomination. In 2016, the party, represented by former New Mexico governor Gary Johnson, won “Almost 4.5 million votes” – “A record”, call him back Washington Post.

According to the daily, it is too early to say whether Justin Amash’s presidential candidacy would benefit Biden or Trump any more. But according to Newsweek, anti-Trump conservatives deplore Michigan’s elected official because his candidacy “Would improve the chances of re-election of the outgoing president”. Amash threatens to capture crucial electorate “For the likely Democratic candidate Joe Biden”.

This is particularly the opinion of lawyer and former Republican George Conway, one of the fiercest critics of the President among the Conservatives, who opposed Amash’s candidacy on Twitter:

It goes without saying that my opinions are closer to those of Amash than those of Biden. But the only real impact he could have in this campaign would be to improve Trump’s chances. It’s a terrible idea. ”

See Also:  a documentary built like an American saga