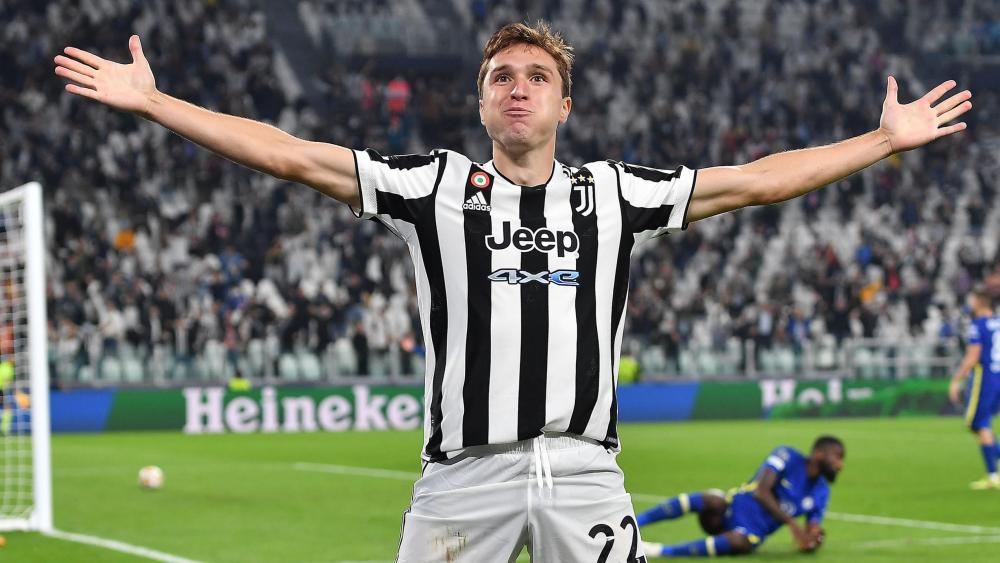 This Champions League evening had it all: Juventus beats Chelsea, Bayern Munich celebrates a real torgala and Ronaldo saves Manchester, while Barcelona is again badly under the wheels.

Juventus made a classic false start in Serie A, but the old lady is right on track in Europe. After the 3-0 start in Malmö, Juventus prevailed 1-0 in the top game against Chelsea.

In a hard-fought but low-goal duel at Allianz Stadium, the defending champion dominated the game, but Juve had the better chances. Federico Chiesa used one of these possibilities only 15 seconds after starting again. The European champion, brilliantly staged by Federico Bernardeschi, hammered the leather under the bar at full speed. Chelsea hardly found a means against Juve’s tightly staggered defense and only created really good opportunities in the final phase through the disappointing Romelu Lukaku and Kai Havertz. Juventus made it 1-0 successfully over time.

Eric Maxim Choupo-Moting (in the back) ended up at Bayern’s goal gala. © APA / afp / CHRISTOF STACHE

FC Bayern scored a completely safe home win against Dynamo Kiev. In the unequal duel with the Ukrainian soccer champions, the Munich team achieved a 5-0 win in the second group game. After beating Barcelona 3-0 at the start, Bayern consolidated their league lead in front of 25,000 spectators and are right on course for the round of 16. The goals for the hosts were scored by Robert Lewandowski (12th / penalty / 27th minute), Serge Gnabry (68th), Leroy Sané (74th) and Eric Maxim Choupo-Moting (87th).

Ronaldo rushes from record to record

Cristiano Ronaldo has set the next record in the Champions League. The football professional from Manchester United was on the field for the 178th time in the highest European competition in the 2-1 win against Villarreal CF. He had previously shared the record with former Spanish top goalkeeper Iker Casillas. After the 1: 2 opening defeat at Swiss champions Young Boys Bern, the record scorer and United were under pressure on the second match day.

Meanwhile, Salzburg still has realistic chances of getting promoted to the knockout phase for the first time. The Austrian series champions landed a 2-1 home win over French champions Lille and took the lead in Group G ahead of Sevilla and Wolfsburg (2 points each). A penalty double by young star Karim Adeyemi (35th, 53rd) made it deserved success perfectly. Seville scored a point with a late 1-1 draw in Wolfsburg.

In the early evening, Atalanta and Zenit each got a three.

The results of Wednesday (2nd matchday):

Already played in the early evening ( Click here for the report):