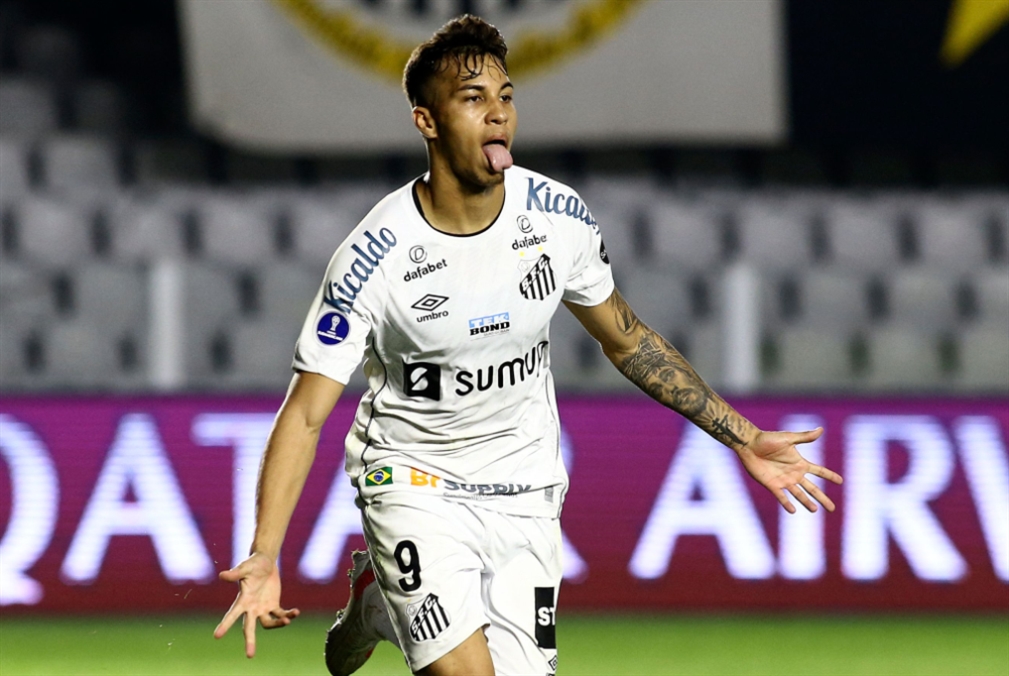 Young Brazilian striker Caio Jorge will join Juventus from Santos, according to what the latter announced, while the Turin giants are working to finalize the deal for Sassuolo midfielder Manuel Locatelli, who desperately wants to defend the Bianconeri colors.

“Santos and Juventus have reached an agreement in negotiations for striker Caio Jorge this Monday,” Santos said in a statement Monday regarding the departure of his 19-year-old striker. The Italian club has agreed to the terms of the ‘fish’ (the Santos title) and the player will be released to play in Europe.”
He did not reveal the details of the contract with Juventus or its value, but the Brazilian press reported that the deal would cost Juventus three million euros in addition to another variable amount based on the results.
And the club quoted its president Andreas Rueda as saying, “Juventus has agreed to the conditions we have set, which we consider to be the best at this time for the club… We wish Caio Georgi the best of luck.”
The player was linked to a contract with Santos until the end of this year, but the prestigious Brazilian club decided to allow him to leave now instead of moving for free after the expiry of the contract.
Caio arrived at the club that launched the legend Pele and the current Brazilian star Neymar to stardom, in 2013, where he started his career with the age groups before defending the colors of the first team as of 2018 (he played 84 games with him and scored 17 goals, according to Santos).
According to media reports in Italy, the young Brazilian will be with Juventus’ first team and will join his new teammates next week.

After renewing the contract of its veteran captain Giorgio Chiellini (36 years old) for two additional years until 2023, Juventus hopes to settle the deal with Locatelli, who won the European Cup this summer with the Italian national team.
Negotiations between Juventus and Sassuolo have not yet reached a happy ending due to the difference over the value of the deal or the transfer formula, which most likely includes a season loan, with the inevitability of contracting with the 23-year-old permanently after that.
In his latest statement regarding this deal, Juventus vice president, former Czech star Pavel Nedved, seemed optimistic, saying on Saturday: “We want the player and the player wants to join us. We are convinced that our offer, especially in light of the status quo imposed by COVID-19, is good and fair.”
The new-old coach, Massimiliano Allegri, wants Locatelli to join his team this summer to strengthen his midfield with the former Milan player, but Sassuolo should not stick to what he considers the player’s value in the transfer market, estimated at 40 million euros, in order for this deal to take place.