Jeonnam drew 1-1 with Gimcheon in the away match of Hana One Q K League 2 2021 Round 14 held at Gimcheon Sports Complex on the 30th.

Jeonnam, who lost to Busan I-Park in the last game and lost their winning streak, pushed the Gimcheon camp strongly from the beginning to get three points.

However, Jeonnam suffered from bad luck in the goalpost. They hit the post 4 times in the first half alone.

In the 7th minute of the first half, Balotelli shot a pass handed over by Kim Hyun-wook from the right from the front of the goal area and hit the post, then Kim Hyun-wook’s mid-range shot in the 11th minute and Jang Soon-hyuk’s header in the 21st minute all hit the post.

In the 23rd minute of the first half, Park Hee-sung finished off a free kick from Jang Seong-jae with a header again, which was disappointing.

Since the 2013 season, when the Korea Professional Football Federation began to record the number of times a goal was hit, this is the third most tie record for a team to hit a goal four or more times. 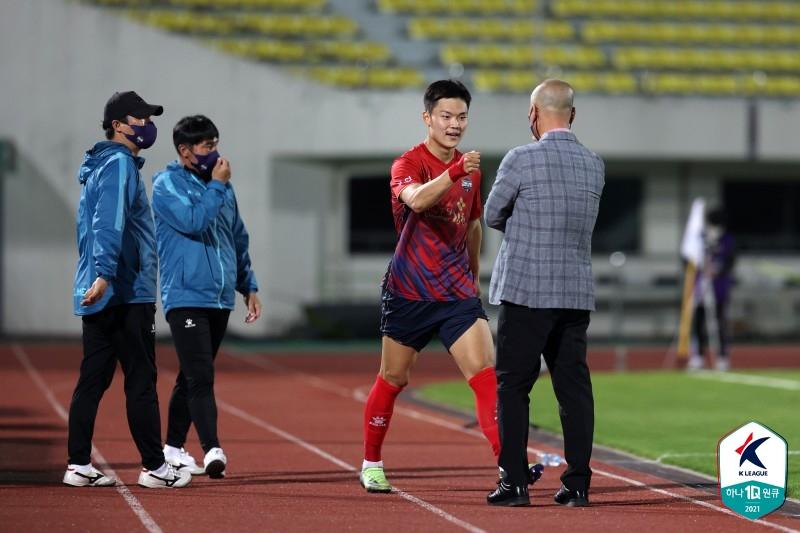 Jeonnam’s bad luck continued into the second half.

In the 8th minute of the second half, Balotelli shook the net with a left-footed shot from the front door that was dropped by Jang Soon-hyuk from a corner kick.

However, as a result of video review (VAR), an offside decision was made. Park Hee-seong, who was in an offside position when the ball hit Jang Soon-hyuk’s head, was found to have affected Kimcheon’s defense.

Earlier, Gimcheon defender Jeong Seung-hyeon was found to have blocked Lee Jong-ho’s shot with his hand, and a penalty kick was awarded. 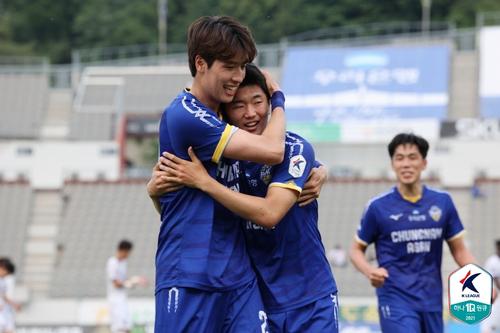 At Asan Yi Sun-sin Sports Complex, Anyang struggled in a swamp of unbeaten wins in 4 consecutive matches as Anyang drew only 2-2 with Asan, South Chungcheong, in the lower ranks.

Anyang, who had been on a five-game winning streak, has not won four consecutive games (2 draws, 2 losses) since the middle of this month.

Kim Kyung-joong, who started and substitutes this season, seemed to give Anyang a victory by scoring one goal and one assist.

In the 29th minute of the first half, Kim Kyung-joong crossed the cross from the left, Jonathan overcame a physical fight with the Asan defense, and connected it to the door header to score the opening goal.

In the first minute of the second half, Shim Dong-woon crossed a ground cross from the right, and Kim Kyung-joong, who was rushing into the door, slid and shot to score Anyang’s second goal. It was Kim Kyung-joong’s third goal of the season. 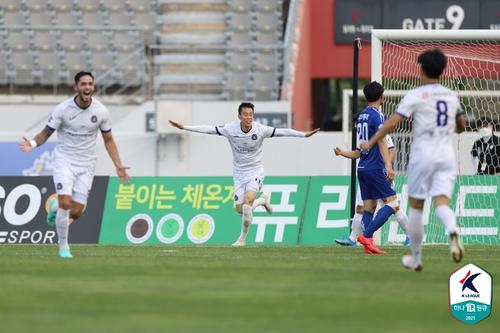 Chungnam Asan took a free kick from the left side of the penalty tee for a handball foul by Anyang Jung Jun-yeon at the end of the game.

Min-seok Kim, who started as the kicker, scored the equalizer with a sharply curved right-footed kick shot in the 43rd minute of the second half.