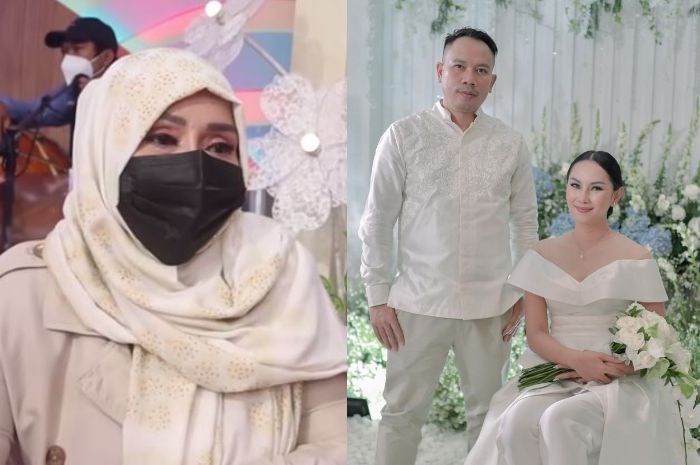 The two of them have formalized their relationship.

The moment Kalina Octaranny had been waiting for has finally come true.

Also Read: Willing to be an actor with billions of dowries until a contract marriage, Nikita Mirzani intervenes to give a warning: His face is cute but his love is for men!

The application program was also attended by Vicky Prasetyo’s family, including his mother and children.

As if Kalina was heartbroken, apparently there was talk that had been thought to be factual.

This is related to the news that Vicky has claimed to have been married 24 times.

Also Read: Reportedly His Daughter’s Name When Predicted Does Not Bring Luck, Asmirandah Finally Talks: We Believe in Chloe’s Way of Life

Not 24 times, Emma Fauziah said that her son had just been married 3 times.

This is not in accordance with what has been discussed by many people in the media.

“Actually, Vicky has only been married 3 times (including Kalina), the 24 times are just a gimmick.

Also Read: Continuing to be explored, the police schedule a crime scene hotel room where the videos of Gisel and Nobu were made

I’m not lying, right, I’m not defending my child, but to be honest 3 times, “said Emma Fauziah during Vicky Prasetyo and Kalina Ocktaranny’s application program on the YouTube channel Kitchens Online, Thursday (28/1/21).

Emma Fauziah once again emphasized that all the words of Vicky Prasetyo, who has been married dozens of times, are just a gimmick.

However, these words continued to be uttered and eventually was considered true by many people.

“24 times being married is a gimmick,” said Emma Fauziah.

Hearing the story of his mother, Vicky can only be silent without being able to argue.

Emma Fauziah also admitted that she was uncomfortable when Vicky Prasetyo boasted in the media that she had been married 24 times.

Nevertheless, he tried to be honest on the day of his son’s proposal with Kalina Ocktaranny.

Also Read: Crowded Matchmaking by Ariel NOAH, BCL’s eldest son even leaked the man who dreams of his mother, Bucin this handsome actor!

As a mother, I feel uncomfortable, it’s just a gimmick, but it continues with them, “said Emma Fauziah.

Emma Fauziah hopes that this will be Vicky Prasetyo’s last marriage.

He also hopes that his son’s marriage to the woman who was once Deddy Corbuzier’s wife will have no drama.

“Hopefully that will be the last one,” concluded Emma Fauziah.