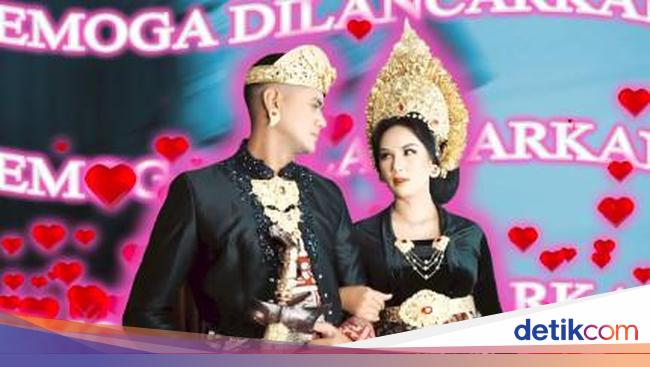 Kalina Oktarani and his girlfriend Ricky Miraza captured the moment while fitting a wedding dress. The video was recorded and uploaded on YouTube Kalina Oktarani.

In the video, Kalina Oktarani and Ricky Miraza are fitting wedding dresses with Balinese traditional concepts. After that, they did a photo shoot.

The video uploaded by Kalina Oktarani is titled Kalina & Ricky moment|| This is My Dream, Alhamdulillah. The video was uploaded 3 days ago and was seen by 24 thousand views.

The 17.36 minute video only shows behind the scenes of their activities in Badung, Bali. After the photo shoot, you Oktarani told what he was doing.

“My wedding with him is finished today, eh ha ha no photo shoot,” said Kalina Oktarani.

Kalina Oktarani and Ricky Miraza had little to say about what he was doing.

The post immediately got a lot of responses from netizens. They all ask if the two will get married or is this just a job?

“Forgive me to marry again… a world record,” said the jeyr***** account.

“Seriously, I’ve never commented on your blog, but isn’t it too fast after failing repeatedly,” said another account.

Often quick to establish relationships and indulge in social media, Kalina Oktarani often gets bullied and ridiculed from netizens. They all confessed that they were surprised that Kalina was so quick to make a decision.

“I also wanted it to be the last marriage but it didn’t. My real intention when I got married or had a relationship was I wanted to devote my life to my partner, but it turns out that my partner also doesn’t have a vision and mission in line with me, why should I continue with what I have tired of myself,” said Kalina when met in the Kebayoran area, South Jakarta.

Kalina Oktarani was then asked about getting married after dating Ricky W Miraza. What was the response like?

“I used to marry like a cat, I’m surprised. Now thinking about it, Ricky and I want to be next week, next month, next year, two years from getting married, that means we never know, I’m not God who is planning,” said Kalina.