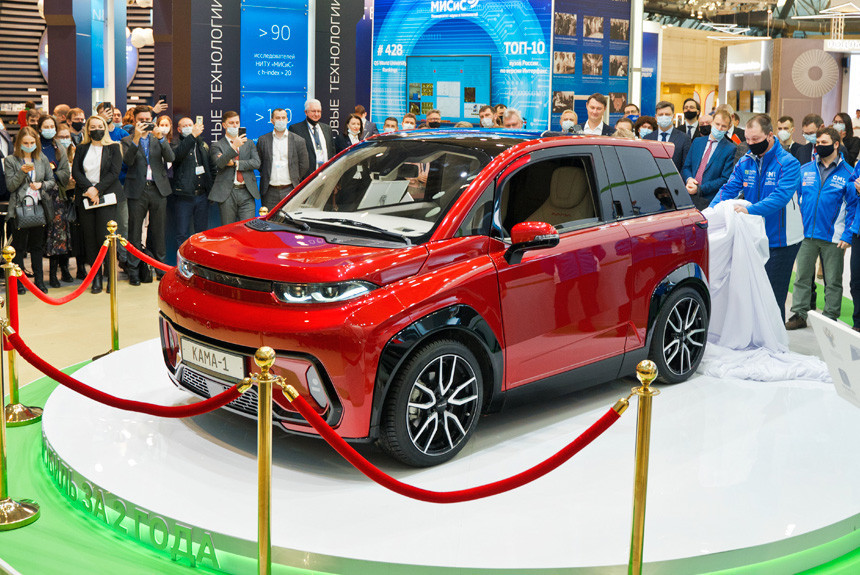 Remember that red electric car Kama-1introduced at the end of 2020? Forget it! This machine was developed at the St. Petersburg Polytechnic Institute of Peter the Great with the money of KAMAZ and the Ministry of Education and Science, but subsequently KAMAZ refused both this project and further cooperation with the institute. But not from the idea of ​​​​creating a compact passenger electric car! According to KAMAZ director Sergey Kogogin, such vehicles will go on sale in 2024-2025.

It is expected that it will be a car with a length of about 4.4 m with a 150-horsepower electric motor, front-wheel drive and a range of about 450 km. It is not yet clear who will develop a passenger electric car, and even in such a short time. But in parallel with its own project, KAMAZ is working on cooperation with the Chinese company JAC. According to Russian newspaper, KAMAZ has already brought to Russia at least one copy of the Sihao E10X electric vehicle, and the plant itself was visited by a delegation from the Chinese office of JAC.

The E10X is a JAC-Volkswagen joint venture product. The 3650mm hatchback debuted in 2020 and can be powered by a 41bhp or 61bhp electric motor. There are several traction batteries to choose from, ranging from 15 to 31.4 kWh. In China, such electric vehicles cost between $6,300 and $11,900. Since Russia lacks the competencies to develop and, most importantly, prepare for the production of mass electric vehicles, the option of producing vehicles under a JAC license looks much more convincing. Moreover, KAMAZ is already preparing the production of trucks Compass, that is, turned Chinese Jacks.

According to Sergey Kogogin, KAMAZ electric vehicles will not compete with the models of large manufacturers, but will occupy the taxi and car sharing niche. As for the production site, cars will not be made at KAMAZ itself: according to the plan, one of the idle car plants in Russia will be bought out for this. And in parallel, production abroad is also being prepared!

Recently, KAMAZ and the Ministry of Innovation and Technology of Hungary signed an agreement of intent, which provides for “further development of partnership in the production of electric vehicles in Hungary.” It is stated that cooperation will be carried out in two stages. The first is dedicated to joint research and development: for this, a KAMAZ branch will be opened in Hungary in 2022. The second stage is the start of production, scheduled for 2025. Even the planned capacity has been designated – 32,000 electric vehicles per year, and by 2030 it will grow tenfold.

“I believe that the Russians have not yet made their decision”