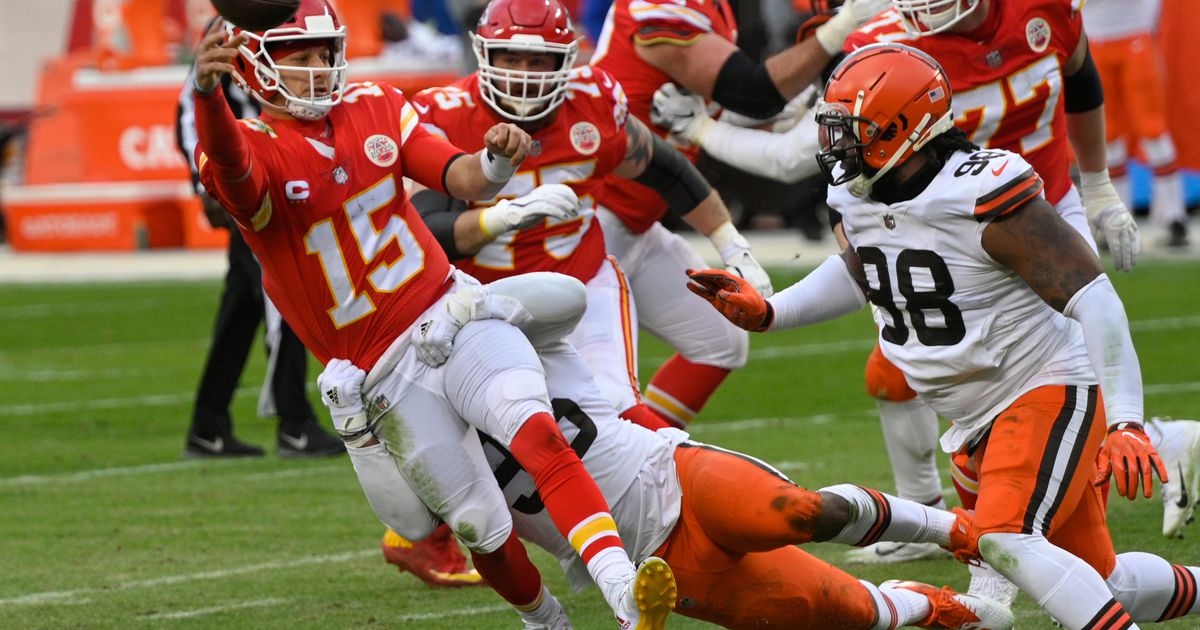 Patrick Mahomes continues to recover from the concussion he suffered Sunday against the Cleveland Browns, but the Kansas City Chiefs quarterback is expected to be ready for the American Conference championship game.

The Chiefs host the Buffalo Bills on Sunday and Mahones represents the key to hopes for Kansas City to reach its second consecutive Super Bowl.

Chad Henne did a great job replacing Mahomes in Sunday’s 22-17 win over the Browns, but it’s a lot to ask of any backup quarterback who wins a shootout against Josh Allen and the Bills.

On his social media, Mahomes said he is in good health but admitted that he must go through the NFL’s concussion protocol.

But even if Mahomes is allowed to play, it is unclear if he will be in top form.

Before the blow that forced him to leave the game, Mahomes had been hampered by a toe injury when a defender twisted his body while throwing a pass.

Mahomes proved last year how tough he is to overcome injuries as he missed just two games after hurting his knee.

But the Chiefs will likely need to give him a little more support than usual if he’s in the lineup.

The availability of rookie running back Clyde Edwards-Helaire, who has been out with ankle and hip injuries, could prove critical against a Buffalo defense that is not good at stopping the race.

The interesting thing will be to see if Allen and his Bills can score more points than the Chiefs.

Buffalo passed the ball 60 percent of the time during the regular season and has relied even more on its passing attack during its two playoff games, including just 16 runs for 32 yards in Saturday’s win over Baltimore.

There’s good reason for that: Allen has become one of the NFL’s best quarterbacks in his third professional season.

The duel between Mahones and Allen is expected to be spectacular.