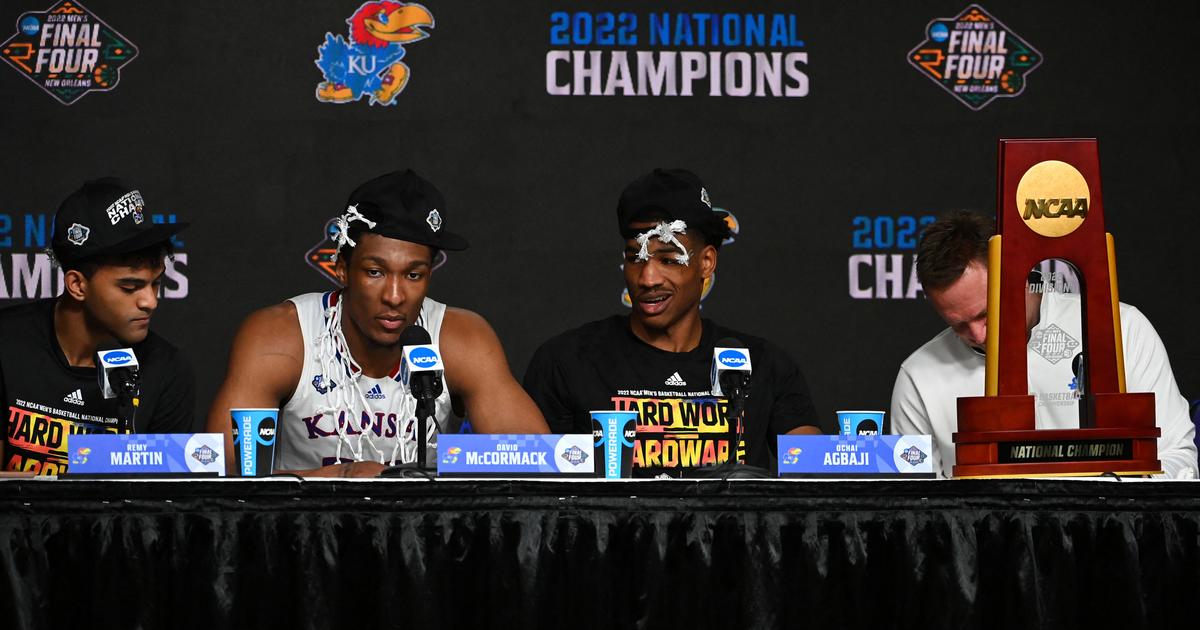 Led by 15 points at halftime, the Kansas Jayhawks won their first title since 2008 after a victory over the University of North Carolina.

The University of Kansas won its fourth title in the American university basketball championship (NCAA) by overthrowing that of North Carolina on Monday after a historic comeback in the final in New Orleans.

The Kansas Jayhawks trailed the North Carolina Tar Heels by 15 points (40-25) at halftime before defeating UNC 72-69.

The imposing pivot David McCormack, author of 15 points, allowed Kansas to pass (70-69) thanks to a precious rebound at 1 min 16 from the end. Then he scored two points to give the Jayhawks a 72-69 lead with 22.3 seconds on the clock. Caleb Love’s three-point equalizer attempt flew wide on the buzzer.

«I was in the locker room at halftime smiling at my teammates they thought I was crazydelivered McCormack (22). I just said, ‘Hey, we’re getting out of here in the second half and we’re having fun, we’re doing what we were born to do, what brought us to this moment’. And we did.»

This is the first time since 2008 that the Jayhawks have been crowned. Their back Ochai Agbaji (21), who stood out with 12 points on Monday, was named the tournament’s best player. He had notably piled up 21 points in the semi-final against Villanova.