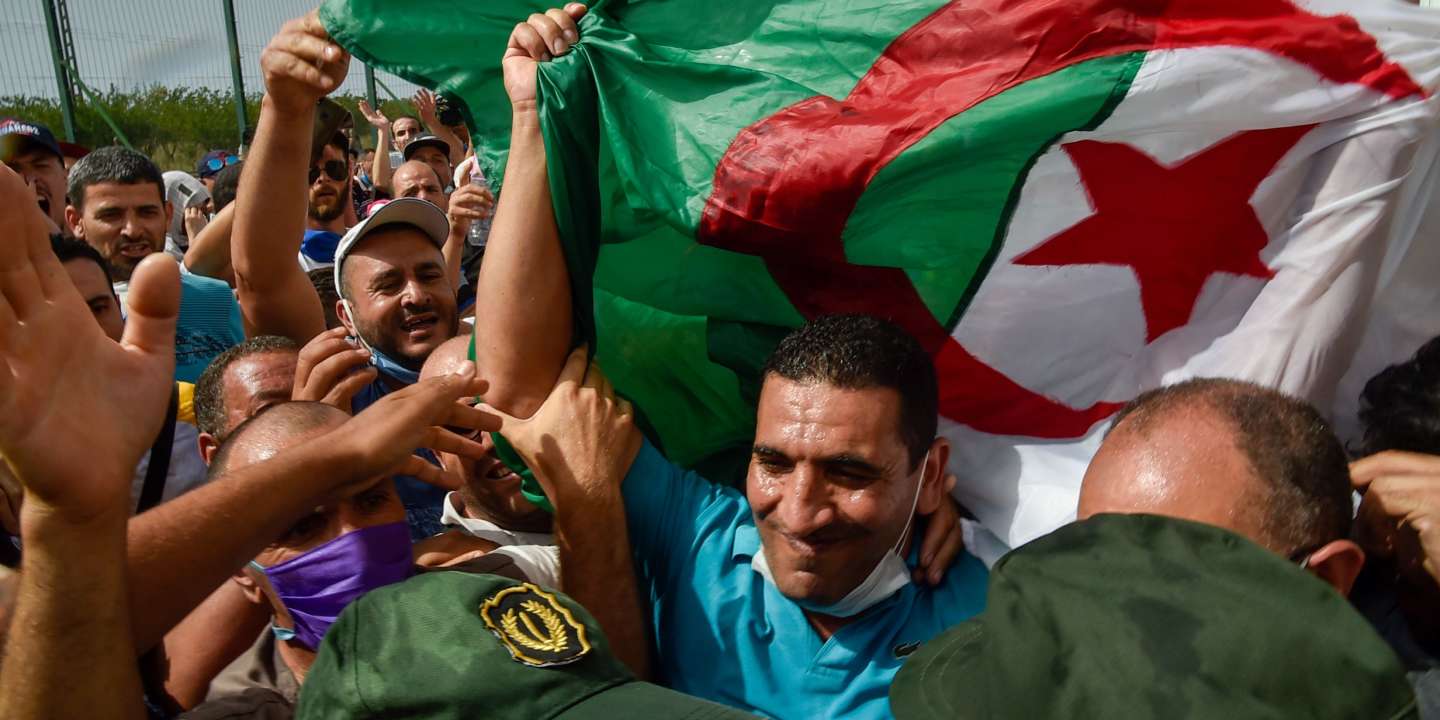 Opponent Karim Tabbou, a Hirak figure in Algeria, and the director of a radio station close to this pro-democracy movement, Ihsane El Kadi, were arrested on the eve of the legislative elections, Agence France-Presse has learned. Thursday, June 10, with their entourage.

“Arrest of #Karim_Tabbou near his home”, wrote his brother Djafar on his Facebook page. Ihsane El Kadi, director of the Algerian station Radio M and the news site Maghreb Emergent, was also arrested, the site reported Casbah Tribune.

Article reserved for our subscribers Read also In Algeria, the repression intensifies as the legislative elections of June 12 approach

Karim Tabbou, 47, was released on April 29 under judicial supervision after an altercation with Bouzid Lazhari, the president of the National Council for Human Rights, an official body. Imprisoned from September 2019 to July 2020, Mr. Tabbou is a very popular face of the anti-regime protest, the Hirak, launched in February 2019.

As for Ihsane El Kadi, he was placed under judicial supervision on May 18. He is accused of “Dissemination of false information capable of undermining national unity”, from “Election disruption” and of “Reopening of the national tragedy file” 1990s. This last charge refers to the Charter for Peace and Reconciliation, which was supposed to turn the page on the civil war of the “black decade” (1991-2002).

Under judicial review, the two men are prohibited from speaking to the press. These arrests took place 48 hours before the early legislative elections supposed to bring new legitimacy to the regime but rejected by the Hirak and part of the opposition, against a background of generalized repression. They come as a group of French journalists have been in Algiers since Wednesday to cover the poll.

Read also In Algeria, the Hirak demonstration again prevented in the streets of Algiers

For his part, the prosecutor of the Sidi M’Hamed court in Algiers announced, during a press conference on Thursday, the arrest of ten people members of a “Cell which incited assemblies and attacks on national security”. Twelve other people are on the run, some of them abroad, according to the prosecutor, who mentioned France and the United States. The National Committee for the Liberation of Detainees (CNLD), a support association, reported other arrests in Algiers and Oran (north-west).

At the same time, President Abdelmadjid Tebboune asserted that “The citizen is sovereign in the choice of his representatives to the National People’s Congress”, during a visit to the National Independent Election Authority (ANIE).

As the electoral deadline approaches, the regime has stepped up arrests and legal proceedings targeting political opponents, Iraqi activists, lawyers and independent journalists.

“The repression has already disqualified and discredited the legislative elections, they are neither open, nor transparent, nor democratic. The all-safe approach is an admission of failure of the “roadmap” Politics. A missed appointment for Algeria “, reacted Friday evening Mr Salhi, of the League for the Defense of Human Rights (LADDH).

At least 222 people are currently imprisoned for acts related to Hirak and / or individual freedoms, according to the CNLD.

Read also the editorial of the “World”: Algeria in an authoritarian stalemate