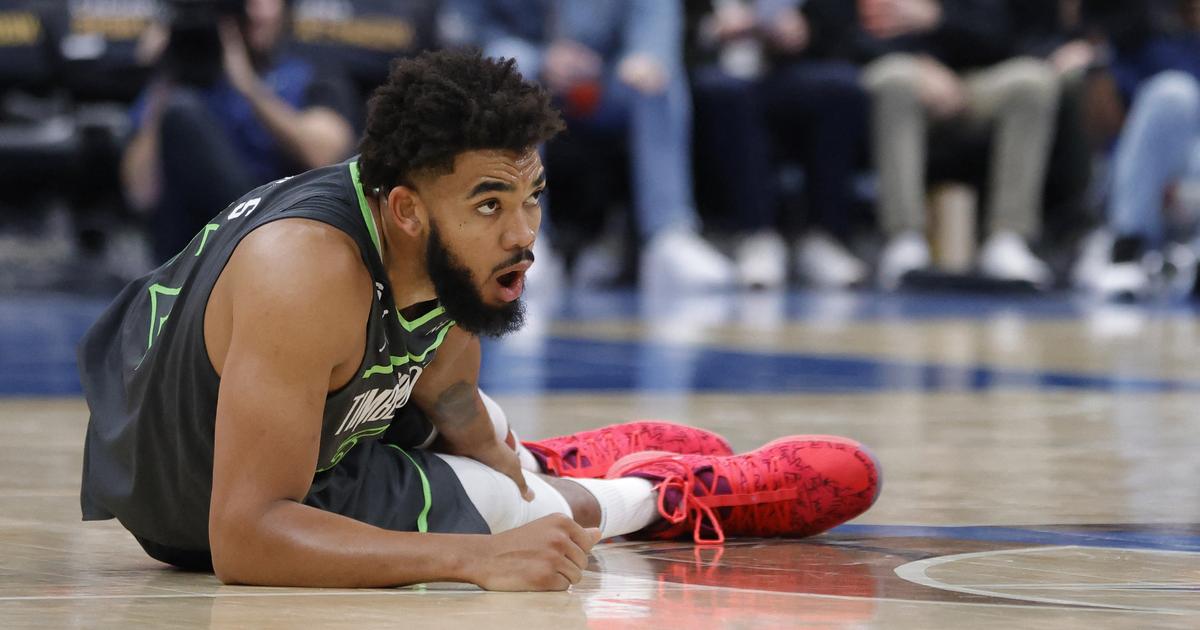 Minnesota Timberwolves star Karl-Anthony Towns will be out for at least “a few weeks” following a calf injury sustained during Monday’s game in Washington, his franchise announced.

The All Star of the Wolves passed a magnetic resonance imaging (MRI) which confirmed the diagnosis, namely a “contracture in the right calf”, it was indicated Tuesday evening from the same source. “He is unavailable indefinitely and his situation will be reassessed in a few weeks,” added the Minneapolis team. “KAT”, which has averaged more than 20 points per game since the start of the season, was injured in the third quarter in the loss to the Wizards on Monday night (142-127).

He collapsed on an action by holding his lower leg and left the field with the help of his teammate Rudy Gobert. According to the sports channel ESPN, the duration of his unavailability could be “four to six weeks”. Wolves have not had the hoped-for start to the season and to date have a negative record of 10 wins and 11 losses (11th in the Western Conference). Minnesota, which remains on three losses, receives in the next three meetings, starting with the Memphis Grizzlies (3rd, 12-8) on Wednesday.

Oil benefits from speculation of an OPEC+ production cut