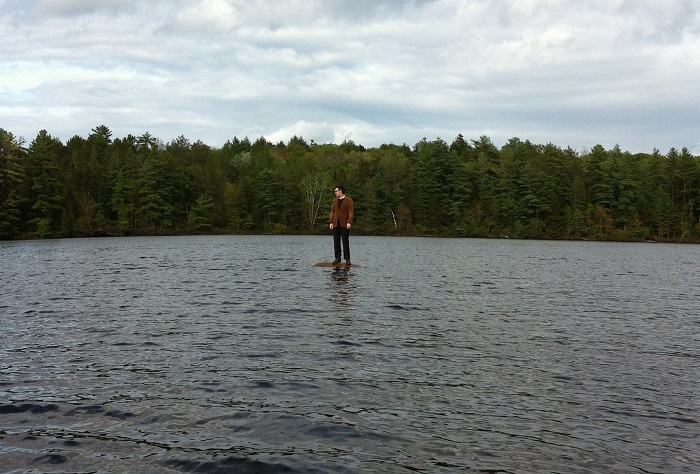 Keefe Jackson joins forces with one of New Dutch Swing’s new standard bearers to borrow the title of Kevin Whitehead’s book on the Dutch scene, with the aim of deepening the ties between Amsterdam and the American city pointing in different directions.

Keefe Jackson is originally from Arkansas. Young, he took advantage of his parents’ discotheque to discover the classics: Charlie Parker, John Coltrane, Thelonious Monk or Eric Dolphy. At the local library, he discovered the pianist Muhal Richard Abrams or the saxophonist Marty Ehrlich. Even if the opportunities to play exist, the musical scene in which he bathes begins to become narrow. ” I knew I wanted to make music and that I needed to be in a big city to achieve my goals, says the saxophonist. So, I visited several cities to find out which would be the most suitable place. In 2001, Jackson set his sights on Chicago. The cost of living is a factor, but he also senses a greater openness due to a less competitive environment than New York, for example. Moreover, a few months are enough for him to integrate into the local scene and play with musicians, some of whom are still among his collaborators. Today, it has become an essential element of this musical sphere.

Among his many projects, the Urge Trio, with the cellist Tomeka Reid and the Swiss saxophonist Christopher Erb, and Likely So, a reed septet, stand out. The first resting exclusively on pure improvisation and the second presenting original compositions, it would be legitimate to think that Jackson explores two parallel paths. ” I don’t compartmentalize things that way. Some do, but not me, he counters. They are two different vehicles in pursuit of the same objective: ‘Let’s see what this will lead to?’ In both situations, we observe what is happening without being passive. The frequent changes of personnel within Likely So allowed him to sharpen his writing work in order to be able to accommodate the greatest number of potential collaborators.

Swiss and Polish musicians were part of the group that recorded the first album, A Round Goal (Delmark Records), dating from 2013. Indeed, the American is no stranger to transatlantic exchanges, other notable examples being the Luzern Exchange or The Bridge with the formation Les Sangliers. The output of These Things Happen (Astral Spirits) highlights its collaboration with the Dutch pianist Oscar Jan Hoogland. Ties have united Chicago and Amsterdam for several decades and this project is part of a continuum. ” When I was younger, I was a fan of Dutch groups such as the ICP Orchestra or Available Jelly, says Jackson. Their ideas and sound were in my head. “An old acquaintance, John Dikeman, an American saxophonist established in the Netherlands, serves as his intermediary. Member of the Doek collective like Hoogland, it allows him to meet people. However, it was not until the pianist spent a summer in Chicago that the two musicians cemented the project. In particular, they discover a common interest in the music of Thelonious Monk and Herbie Nichols, artists who have meant a lot to many Batavian jazzmen.

« Nichols’ music has a modernity that is unlike anything done at the time and has retained an immense freshness says Jackson. As for Monk, Hoogland believes that ” his approach to counterpoint is by far the most significant influence on Dutch improvised music “. Playing with American musicians has deep meaning for Hoogland. ” I needed this contribution to live a real jazz experience, jazz not being my mother tonguesays the pianist. In addition, Keefe exudes tremendous poetry that allows the project to be rooted in the soul of this music. »

These Things Happen is a recording made in 2016 during the Doek Festival with Joshua Abrams on the double bass and Mikel Patrick Avery to the battery. The album offers compositions by Monk and Nichols, of course, but also by Dewey Redman and Hoogland who also signs all the arrangements. However, the project is collaborative, as Jackson suggests pieces to perform and writes compositions that will probably be the subject of a future album, the goal being to expand the possibilities and continue to move forward.

The request could not be satisfied