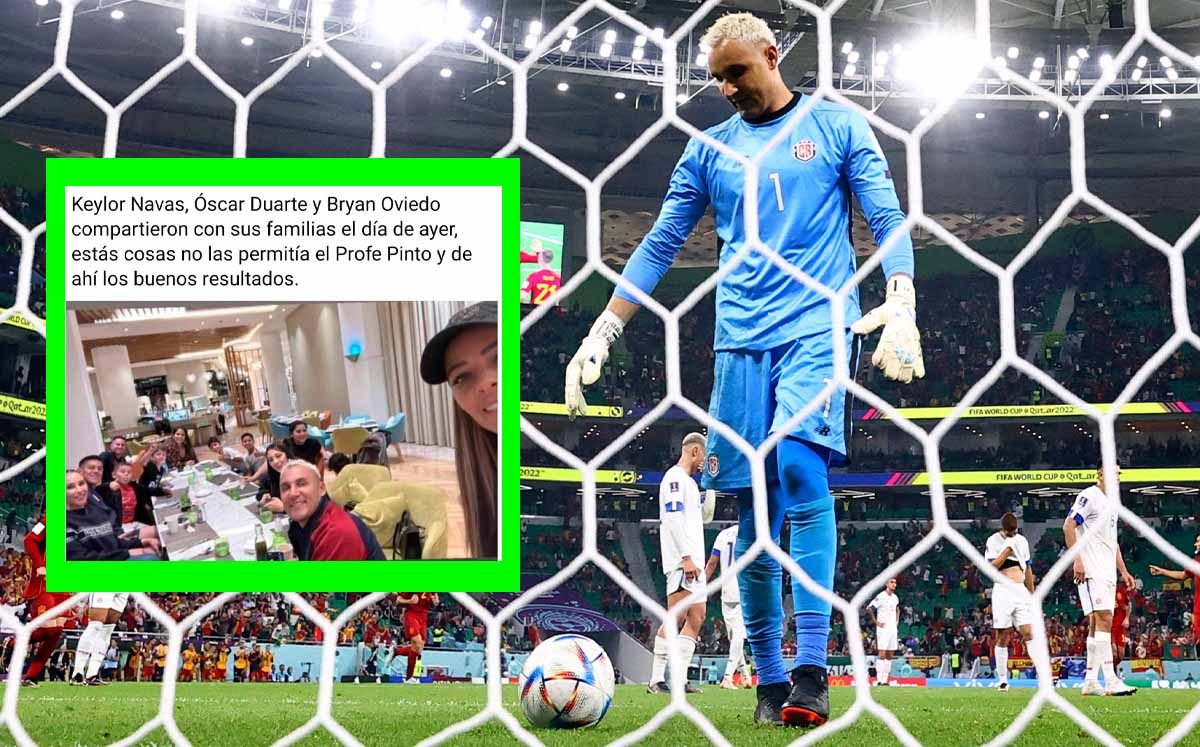 In Costa Rica they look for guilty for the most humiliating defeat in its history and it seems that they have found it in Keylor Navasof whom a controversial photograph celebrating with his wife Tuesday night, less than 24 hours before the thrashed 7-0 against Spain that has practically left them doomed in Qatar 2022.

What did Keylor Navas and Andrea Salas, his wife, do?

Andrea Salas, wife of the goalkeeper PSG and former Real Madrid, uploaded on his Instagram account a image with Keylor and other members of the Costa Rican team taking some free time before catastrophic debut against the Spanishin which they did not even take a shot on goal and they surpassed them in possession of the ball with 82 percent against 18.

In the posted image, Navas and Salas appear with the wives of Óscar Duarte and Bryan Oviedo (both headlines on Wednesday) with their respective children. What is unknown is whether this celebration took place in the restaurant of the concentration hotel or they went out to spend the evening as “A Family”, which was what was written by Mrs. Keylor.

The party that Keylor was denied in 2014

Is Keylor controversy made the Costa Rican media and fans remember something similar that happened eight years ago. In Brazil 2014the then technician, Jorge Luis Pinto denied Navas permission to celebrate his wife’s birthday during the tournament.

That decision, according to versions from that country, eventually cost the coach that Navas “made the bed” after Costa Rica’s historic participation in that World Cup, where they reached the Quarterfinals and were defeated on penalties by the Netherlands. Pinto himself spoke about that topic in an interview for W Radio Colombia.

“The only ones who didn’t adapt to my discipline were Keylor Navas and Bryan Ruiz. Keylor was annoyed that at 1 am I told him not to play any more cardsHe is addicted to that,” he said.

“Bryanwho in some way or another is our friend, He got married eight days before the World Cup and was on his honeymoon. The world doesn’t know that but how was I going to give him permission if he was risking my life?”