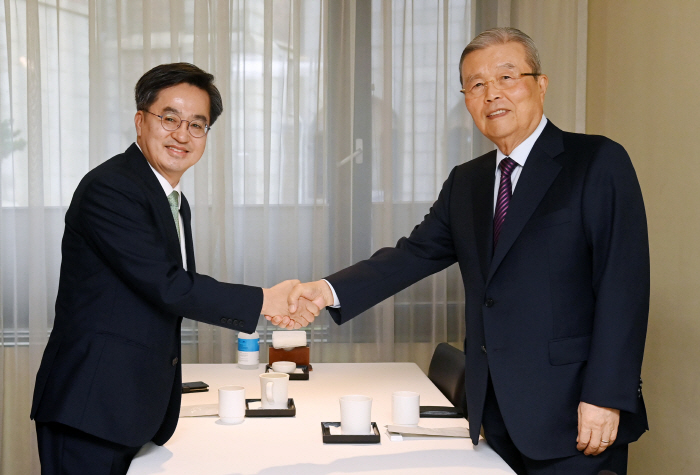 Former Chairman Kim made this statement after meeting with reporters after a breakfast meeting with former Deputy Prime Minister Kim Dong-yeon, the presidential candidate, on the same day.

To a reporter’s question about predicting the future presidential election of the people’s power, he replied, “It is difficult to predict in advance, but there will be no major surprises in the first and second (preliminary) primary elections.”

Regarding ‘Kingmaker Role Theory’, he said, “I can’t make a decision until I’m convinced myself.” To the question ‘Is there no candidate yet?’, he answered “yes”.

Regarding former Jeju governor Won Hee-ryong’s ‘advance to the quarterfinals’, he said, “He was a person who had prepared for the presidential election in the past, and the discussion process this time was also the most coherent in my opinion.”

On the other hand, about the background of meeting former Deputy Prime Minister Kim on this day, he said, “We have been interacting for a long time.” “Recently, he himself has decided to enter the presidential election, and he seems to be working hard to even establish the foundation. So, I have some things to discuss today. I said it would be nice to see them once (meeted),” he said.

Regarding the founding of the new party by former Deputy Prime Minister Kim, he said, “I heard a story about whether the founding preparatory committee (Chang Jun-wi) would be launched on the 24th of this month and then go to the founding.”