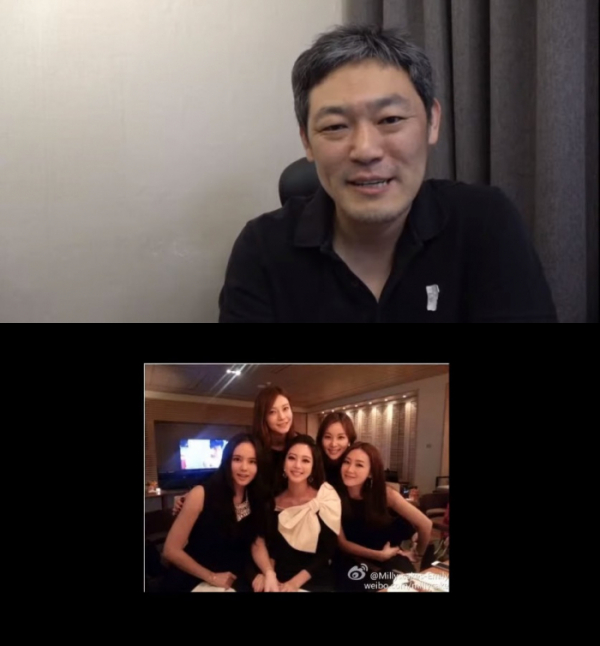 On the 8th, through his YouTube channel, Kim Yong-ho said, “Many people are asking for clarification, so I will correct it so that there is no misunderstanding.” “This is an official event, not karaoke. I never said karaoke.”

Earlier, on the 7th, Kim Yong-ho revealed that Ye-seul Han, Ga-in Han, Ji-woo Choi, Ko So-young, and Ye-ryun Cha were members of karaoke through the YouTube channel ‘Garo Sero Research Institute’ (hereinafter ‘Ka Se-yeon’) and released a photo of them together.

After the exposure, suspicions began to circulate that the photo was taken at karaoke, and some pointed out that Kim Yong-ho’s revelations crossed the line because all the actors in question had families. In addition, YTN Star reported that “the place where the photo was taken was a party room prepared by CJ, not karaoke,” and criticism against Kim Yong-ho grew stronger.

In response, Kim Yong-ho said, “It meant that my friends who went to karaoke were coincidentally gathered in one place.” “If you look at their clothes, they are wearing dresses. Who wears this when they go to karaoke? I never said karaoke.”

Still, he did not give up his previous claim, saying, “One of the members over there was the person who introduced Han Ye-seul with her boyfriend.” In addition, to Choi Ji-woo and Cha Ye-ryun, “If you do not want your private life to be exposed, close Instagram. I’m not going to delete it at all. If it closes for three days, I won’t say anything.”

In the same month, Han Ye-seul directly revealed her relationship with Ryu Seong-jae, a theater actor who is 10 years younger than her, through SNS.