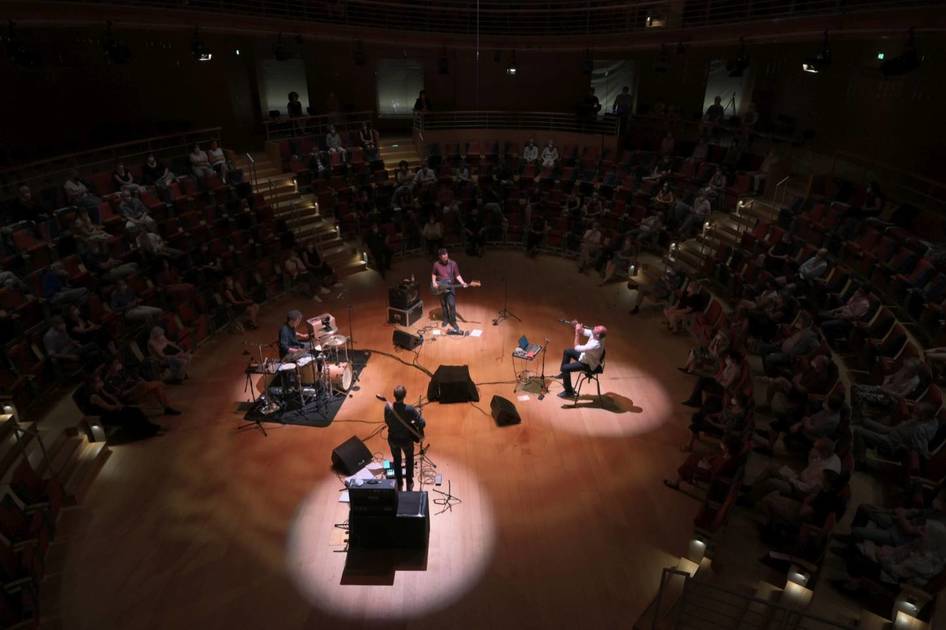 On Friday and Sunday, the Abu Dhabi Festival 2021 presented a new global musical event for the legend of Syrian clarinet-playing Kinan Al-Azma, winner of the prestigious German Opus Classic Award for classical music in 2019, at the Pierre Boulez Salle in the German capital, Berlin. .
The event was held as part of the commissioning and production work of the eighteenth edition of the festival, under the slogan “The Future Begins Now,” and sponsored by the main partner, Mubadala Investment Company “Mubadala”.

The event comes within the framework of the festival’s vision and strategy, which aims to spread the artistic achievement and Arab musical heritage in various countries of the world, through its initiatives that support new musical works by major Arab artists and creators abroad.
Huda Ibrahim Al-Khamis, founder of the Abu Dhabi Group for Culture and Arts, founder and artistic director of the Abu Dhabi Festival, confirmed that since its inception in 2004, he has played a pivotal role in appreciating creativity and celebrating creators, dedicating his strategic cultural partnerships to presenting many works of art; Among the production and exclusive commissioning works and the first Arab and international presentation works.
She said: “Our vision is to stimulate the efforts of cultural diplomacy and consolidate the UAE’s position as a global center for creativity and the capital of culture and arts, which contributes to shaping the future of Arab musicians and artists, by giving them opportunities to present their works to the global audience in the most famous international theaters.”

She added: “Through joint cooperation and exclusive commissioning, the Abu Dhabi Festival presents masterpieces of unique artwork, and in this context comes our support for the creative Syrian clarinetist Kinan Al-Azma in Germany with his band “City Band”, thus conveying the festival’s message to introduce the world to artistic achievement and the Arab musical heritage from Through the Music Composition and Documentation Platform initiative, which supports new musical works by major Arab artists and creators.
On the joint cooperation, Kinan Al-Azma, expert, composer and clarinetist, said, “I am happy to cooperate once again with an entity the size of the Abu Dhabi Festival, which has come to carry a message of hope in facing the challenges that afflicted the world in light of the “Covid 19” pandemic, to be a lifeline for the culture and arts sector. At all levels, in light of the current recession.” He added: “Over the past years, the festival has carried the torches of light and tolerance to the world through various events and musical performances, to build bridges of convergence between people of different races and languages.”
“I am delighted to welcome the Abu Dhabi Festival in Germany once again, and to see it continue its long tradition of building cultural bridges with the world,” said Ernst Peter Fischer, Ambassador of the Federal Republic of Germany to the UAE. He added, “Hosting Arab artists such as clarinetist Kinan Al-Azma at the famous Pierre Boulez Concert Hall in Berlin is a wonderful continuation of the cultural dialogue between our two countries.”
Over the course of an hour and a half, al-Azma, who has won great international acclaim, sailed; Thanks to his unique and structured music, and his nickname by the New York Times newspaper, the wizard, the audience is on a musical journey that pulsates with enthusiasm and feelings with his band.
The musical event witnessed great success, adding to the great record of many solo and orchestral works.
Al-Azma holds a Ph.D. in Music from the City University of New York, and has shared the stage with prominent international musical names.