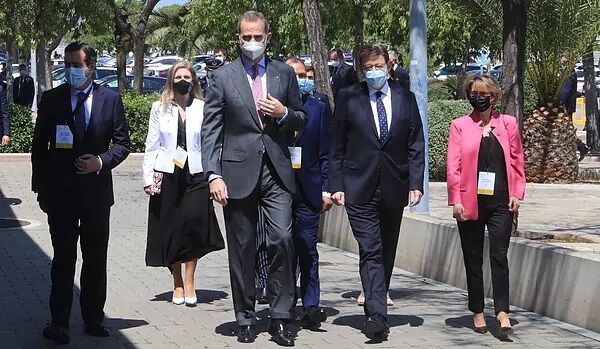 The Monarch received the guideline yesterday Saturday, after presiding over the Armed Forces Day

The king Felipe VI He is already vaccinated against Covid 19. The Monarch received the guideline yesterday Saturday, after presiding over the Day of the Armed Forces. According to reports from Zarzuela, Don Felipe was vaccinated at the Wizink Center, from where he was referred by his health center.

Although no images have been distributed and the vaccine they have given is unknown, from the Royal House it has been reported that the Moncarca went to the old sports palace accompanied by Juan Martnez as head of the medical service of the House and the vice-counselor Antonio Zapatero as a doctor.

Don Felipe’s vaccination was a matter of days because at 54 years old, it was foreseeable that they would call him at any moment. The Royal House had already announced that the King would be vaccinated when it was his turn, without skipping any shift.

At this time, all adult members of his family except for Queen Letizia are immunized against Covid-19. King Juan Carlos was vaccinated in Abu Dhabi, where his daughters also received the prick, the infantas doa Elena y prayer Cristina.

As confirmed in a statement, they were offered the vaccine and accepted to be able to visit their father more safely. For her part, Doa Sofa received the first dose of the vaccine in March and the second on April 9. In the case of the King’s mother, her turn was respected and she was treated at her health center.

The first member of the King’s family to be vaccinated was his brother-in-law Iaki Urdangarin, who received the guideline in January for working with people with special needs at the Don Orione home. According to the protocol of the Ministry of Health, Doa Letizia, 48, should be vaccinated before the summer.