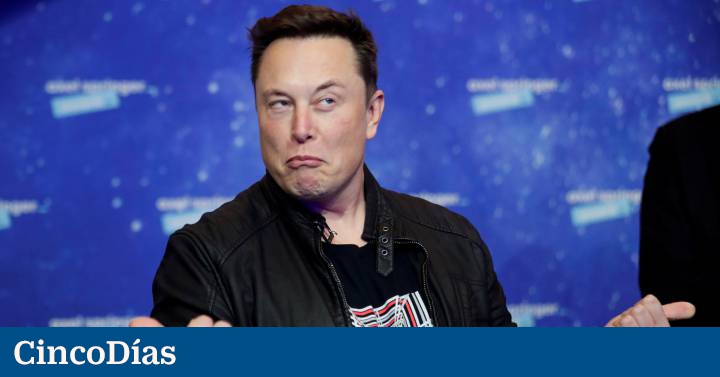 Wolfgang von Goethe wrote the poem Der Zauberlehrling (The Sorcerer’s Apprentice) in 1797. The plot, better known popularly thanks to Mickey Mouse and Walt Disney, is about an old magician who leaves his workshop and leaves his apprentice in charge of scrubbing the floor. Tired of carrying water from the well, he decides to enchant his broom to do the job, but he does not control magic well and the workshop ends up flooded. Elon Musk is not Mickey Mouse and he is old enough to be an apprentice, but his way of approaching the financial markets is reminiscent of Goethe’s fable.

This entrepreneur (Pretoria, South Africa, 1971) began to become popular 20 years ago, when eBay bought the PayPal payment platform (run by Musk and of which he was a shareholder). He decided to walk away and pocket $ 165 million. Now, you have to put three more zeros behind your fortune. According to Forbes magazine, his assets exceed 165,000 million dollars, which makes him the second richest man in the world, only behind Jeff Bezos, owner of Amazon.

Behind this meteoric evolution there is a name: Tesla. The electric car company Musk founded after leaving PayPal. In 2010, his company’s stock was worth $ 4. In 2019, $ 40. Now they exceed $ 800, which values ​​the company at $ 800 billion (more than the sum of Volkswagen, Ford, General Motors, Fiat Chrysler, Daimler, BMW and Renault, which in 2019 sold 40 million cars together, compared to to 400,000 Tesla). Although Musk has relied on financial markets and outside investors in this brilliant evolution, he has always shown great contempt for Wall Street. Before Tesla soared, the entrepreneur had to resign as president of the company after the supervisor of the United States markets (the SEC) investigated him for trying to inflate the price of the share through a controversial message in Twitter First time the sorcerer was reprimanded.

See Also:  How your finances during the pandemic are like science fiction and a horror movie

The popularity of Elon Musk and his facet as an outsider who fights against the system has placed him in a position where any company he mentions on his social networks explodes. The most striking case was when he encouraged his followers to use the messaging application Signal (a WhatsApp competitor) and the shares of a company that had the same name but that had nothing to do with that application shot up 5,000%. Even today, those stocks are trading 350% above the price prior to Musk’s message. Nobody knows why.

Another chapter in his ability to move the market at will occurred two weeks ago, with the GameStop case. A group of retail investors decided to buy shares in this chain of video game stores. Its shares soared in a few days from below $ 20 to hit $ 400, causing huge losses to professional investors who had bet on the downside. Musk, through his tweets, was one of the promoters of the campaign, although always in a veiled way, flirting with irony and humor.

That same approach is what he has shown recently with cryptocurrencies. The South African guru has encouraged to invest in dogecóin (a somewhat bizarre cryptocurrency, based on a dog meme) and its value soared 500%. The businessman changed his Twitter biography to include the Bitcoin logo, which also revalued this virtual currency. “I have been late to the party, but I support bitcoin,” he said in an interview.

What seemed almost more like a joke, or a pose, became a tangible reality this week, when Tesla announced that it has invested 1.5 billion dollars of its treasury in this cryptocurrency and that it would soon accept it as a means of payment. Quite a challenge for accounting standards.

For now, the brooms continue to help the sorcerer’s apprentice fetch water from the well but, with regulators increasingly vigilant against the strong volatility of cryptocurrencies, how long will the magic last?

The entrepreneur’s other investments

Space X. Elon Musk founded this company, dedicated to space travel in 2002, before the creation of Tesla. Today, the firm has more than 8,000 employees. Space X has become an essential ally for NASA, sending more than 20 astronauts to the International Space Station. It has also achieved the achievement of being able to perform horizontal orbital rocket landings and the complete recovery of these rockets. Musk’s stated goal is to be able to fly to the planet Mars. Space X is not listed on the Stock Exchange, but it is estimated to be worth close to 40,000 million dollars.

Neuralink. It is a neurotechnology company that designs brain implants to help people with neuronal conditions. According to Musk, they have even inserted a chip into a monkey so that it can play video games directly into its brain.

The Boring Company. Fed up with the traffic in Los Angeles, Musk founded this company to build tunnels through which cars would move, avoiding traffic jams. Its main projects are, for now, private tunnels commissioned by companies.