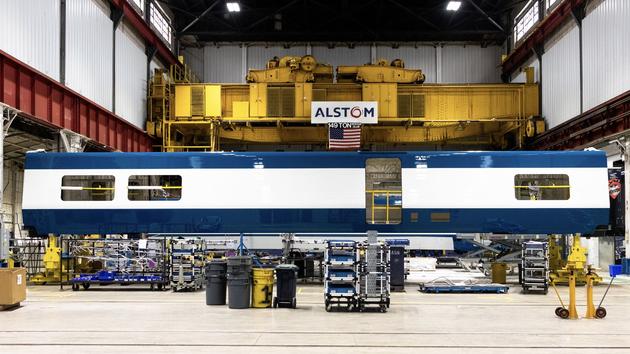 French technologies allowing the mass production of the high-speed train have triumphed over many obstacles and achieved remarkable international success.

A traveler wishing to go from Paris to London has every chance to take the Eurostar, the high-speed train that connects the two capitals via the Channel Tunnel. It is a beautiful symbol of the TGV’s capacity to sell outside France: the Eurostar was manufactured by Alstom, at the origin of the first high-speed trains.

The TGV now goes to Germany, Switzerland and Italy. Export was a goal as early as the 1980s for high speed rail technology. It took a long time to materialize. In 1992, the TGV was exported to Spain, on the Madrid-Seville line. The Eurostar entered service in 1994. Machines were sold in China and South Korea. With, each time, a significant transfer of technology. “The transfer of technology is sometimes a necessary step, because the States logically want production and local development”, explains Laurent Jarsalé, head of high speed at Alstom. In the world,

This article is for subscribers only. You have 71% left to discover.