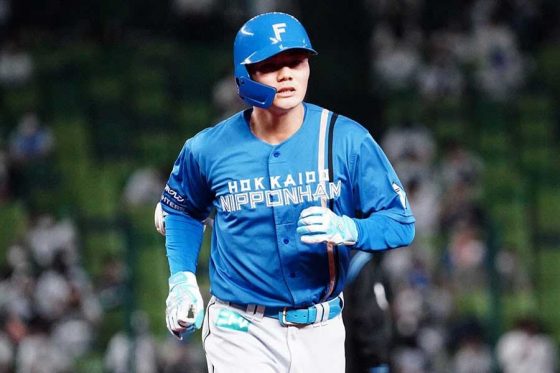 Kiyomiya, Nomura, Mannami patiently appointed “There is no future without their growth”

Nippon-Ham, led by director Tsuyoshi Shinjo, also known as the big boss, is growing. In March and April, he lost a lot with 9 wins and 19 losses, but in May it was 12 wins and 12 losses, 50%. It is still at the bottom of the Pacific League, but the gap with the top has narrowed. Takayoshi Nakao, a baseball critic who was active as a catcher in Chunichi, Giants, and Seibu during his active career and won the MVP in 1982, analyzes the battle.

Before the opening of the season, Nippon-Ham’s reputation was low. Last season, he was fifth in the league, with Nakata (current giant), Nishikawa (current Rakuten), Daejeon (current DeNA), and Akiyoshi (current Nihonkai Ocean League Fukui) out of the season. “Both the coach and the team should have known that they were inferior to other teams in terms of strength,” Nakao points out.

At first, the players were changed at a dizzying pace, and they were fighting while trying, but in May it became quite fixed. In the 11th year, 28-year-old outfielder Go Matsumoto leads the batting line by leading the battle for the top batter. Pitcher Koki Kitayama, a rookie in 8th place in the draft with a strong ball, is firmly established in the closer. Shingo Usami, who transferred from the giant in the middle of the 2019 season, is consolidating his position as a regular catcher.

Kotaro Kiyomiya infielder in the 5th year of high school, Yuki Nomura infielder in the 4th year, and Chusei Mannami outfielder “Young Central Trio” are attracting attention. As a result of Shinjo’s patience, Kiyomiya marked two home runs in one game in May. As of the end of the 4th, Mannami hit 10 home runs in 2nd place in the league, and Nomura put the batting average at 30% (.303). Each is starting to take shape.

“Originally, they are three powerful people. There is no future for Nippon-Ham without their growth. I think the big boss was going to play the game even if he closed his eyes. That is possible because he is in his first year in office. Is not good without results. I think this year is going very well as a “sowing year”. ”

Inflation gives the pocket a slight “breather” during May: 0.84%