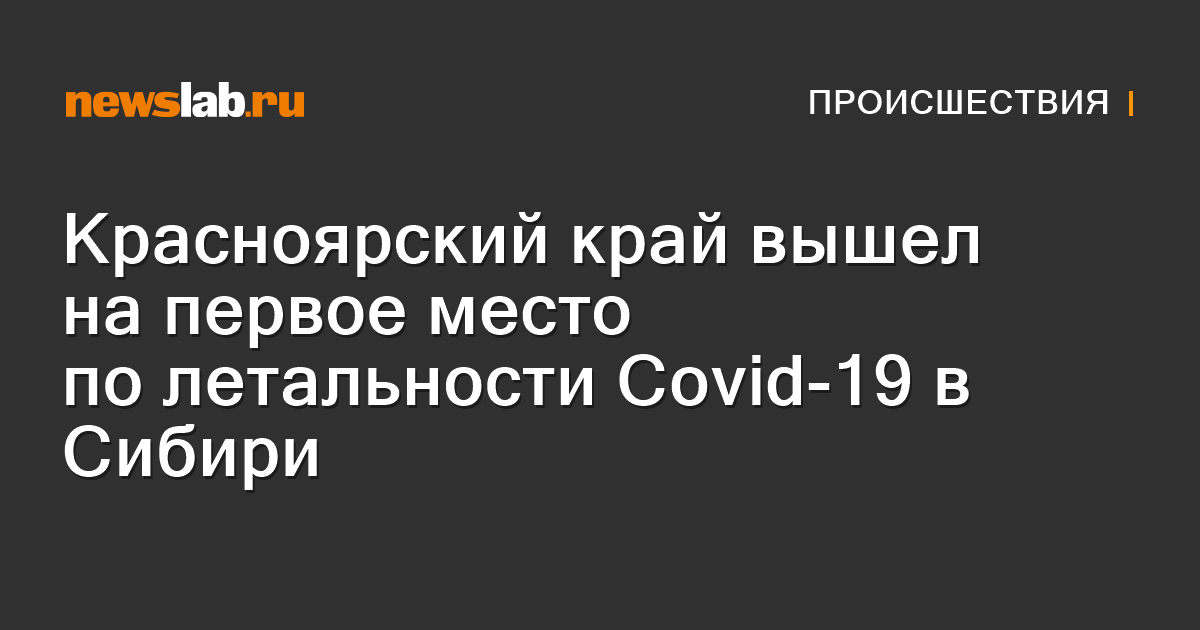 In the Krasnoyarsk Territory, the highest mortality rate with coronavirus in the Siberian Federal District for the week, reported Information center for monitoring the situation with this disease.

In the Krasnoyarsk Territory, on July 9, 195 deaths with coronavirus were confirmed; in the week of July 2, their number increased by 58. The mortality rate (percentage of deaths in relation to the number of cases) is 1.93% – this is the highest rate in Siberia. It exceeds the average for the district, which is 1.16%, and the all-Russian one – it is 1.53%.

In second place in mortality is the Novosibirsk region. It confirmed 128 deaths and the figure for July 9 is 1.85%. In other regions of Siberia, mortality does not exceed 1%. The best situation is in the Altai Republic, where only 1 death from coronavirus was confirmed (0.10%).