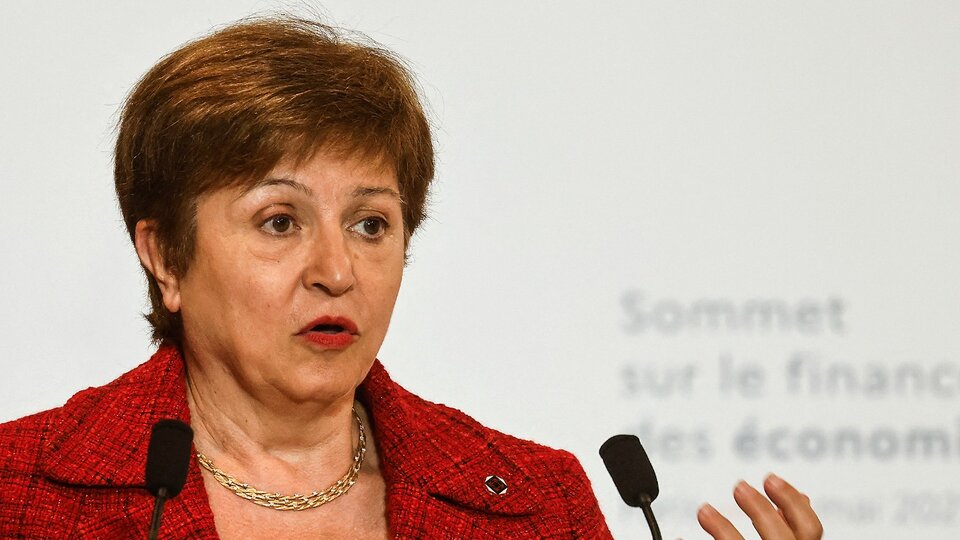 The FMI current director, Kristalina Georgieva, face a investigation by the World Bank, an entity that he led between 2017 and 2019, before assuming the Fund. The questioning of the Bulgarian economist is based on a alleged irregularity committed in favor of China and other countries. Those countries would have been positioned artificially high in a ranking of economies with ease in doing business, a survey commissioned by the World Bank found.

The accusation is very serious because it explicitly involves Georgieva with former World Bank President Jim Yong Kim in a maneuver to favor China while negotiating with that country a capital injection for the World Bank. China was ranked in the report’s ranking Doing Business 2018 in the position 78 when supposedly it should have dropped to 85. The extent of the negative impact for Georgieva, who is leading the negotiations with Argentina for a new credit program, is not yet clear.

“Changes in China’s information in the report Doing Business 2018 appear to be the product of two types of pressure applied by the management of the World Bank: 1) the pressure applied by President Kim to change the methodology to improve China’s score; and 2) the pressure applied by CEO Kristalina Georgieva to apply specific changes to China’s data to improve its ranking position at the same time that the country was expected to play a central role in the Bank’s capital increase campaign, “says the report commissioned by the World Bank from the WillmerHale law firm.

“I do not agree at all with the findings or interpretations of the investigation into irregularities in the data and its relation to my role in the report Doing Business of the World Bank of 2018, “responded in a statement the number one of the IMF, Kristalina Georgieva, who also informed the Board of Directors of the Fund on this issue and assured that it will continue with its usual tasks.

The document that reflects the investigation within the World Bank warns that while the report was being prepared Doing Business 2018, the management of the entity was negotiating the capital increase on behalf of the member countries. At the same time, the Chinese government was showing growing interest in how it would be rated in such a report.

The problem was that the technical direction in charge of preparing the report had calculated that China would drop in the ranking from 78th to 85th, because although the country showed improvements in the ease of setting up businesses, competing countries would have carried out more reforms in this regard.

According to the report, the President of the World Bank, Jim Yong Kim, together with Georgieva, would have been involved to modify the methodology and thus improve China’s position. The device would have been to raise the score of the section “facilities to start a business” and “legal rights”. This allowed China to climb seven places and thus maintain its 78th place. The report assures that Georgieva told the official in charge of implementing these changes that he would have made “something for multilateralism“and thanked him for the help that allowed him to” solve the problem “with China.

The report also revealed alleged irregularities in the ranking of Azerbaijan, Saudi Arabia and the United Arab Emirates in the Doing Business 2020. It was the last in the series, as the World Bank, following the scandal, decided to stop the publication.

Last year’s report has New Zealand, Singapore and Hong Kong on the podium. China climbed positions and ranked 31st and the Argentina, in 126. The subject was also echoed by the United States Department of the Treasury, whose spokesperson, Alexandra LaManna, said that “our main responsibility is uphold the integrity of international financial institutions“.