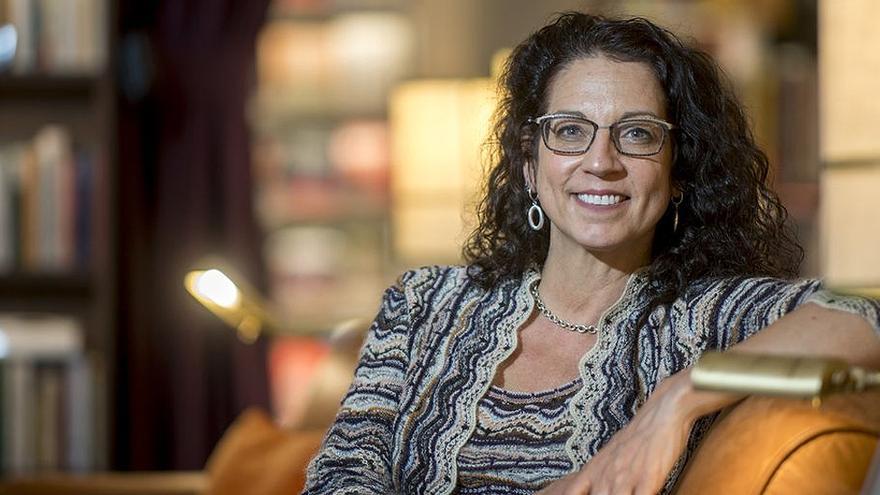 -Why has capitalism loaded the female orgasm?

-Today we have a very physical idea of ​​sexuality: everything is based on stimulation, on wanting to see and touch. Sex is influenced by factors such as living in a healthy society, having environmental and interpersonal responsibility, but also financial independence. In socialism, couples did not worry about economic stability, because it was guaranteed.

-So capitalism dissolves the drive?

-Exactly. We do not think about enjoying the moment, but about uploading a photo to Instagram or sharing a status on Facebook or Twitter. If you don’t capture the moment, it’s not worth it. And precisely this capitalist mentality – which is very quantifying – is great for dating applications.

As a company they are not interested in losing customers: if you get good sex and a stable partner, the application will disappear from your phone

-The ‘apps’ are not interested in having good sex, on the contrary. Capitalism has imposed itself to the point of not promoting a good but quantifiable sexual experience. In internet dating – as sometimes happens in relationships – you are just looking for sex. As a company they are not interested in losing customers: if you get good sex and a stable partner, the application will disappear from your phone. Therefore, we must seek that consumers have sex, and repeat.

-How has the role of women changed before and during capitalism?

-With socialism, women had basic needs covered. They could go about their lives independently without having to worry about housework, because there were few and they were spread out. For example, there were places called ‘milk bar’ (‘milk bar’), where they sold food and drink at very affordable prices, which saved cooking and cleaning the home. And although it seems silly, apart from creating a community in the neighborhood, it also liberated women. When capitalism prevailed, governments began to save money to distribute it among the few, they cut everything that was public. And so the ‘milk bars’ were dissolved.

With socialism, women had basic needs covered: they could make their lives independently without worrying about housework, there were few and they were distributed

-The women returned to the role play.

-Exactly. Typically, women accept the difference simply because they are financially stable. And the situation ends up becoming a kind of bargaining chip: you guarantee me a comfortable and happy life and I take care of the home and give you sex.

-And to consent to ‘sell’ the body sexually?

-Too. We have seen multiple cases of women with financial precariousness – and who decide not to depend on a man as a partner – who have had to sell their body to get money to make ends meet. And the same thing happens with surrogacy, they are – the majority – women who need money for their day to day. Thus, the currency of exchange is established between sex and money. But at the end of the day it is like another market.

-Yes. There is a theory of the sexual economy – or sexual exchange – that affirms that the first phases of flirtation and seduction between men and women can be considered a market in which women sell sex and men buy it with non-sexual resources: power , love, stability or money, among others.

It has been proven that in countries with more gender equality there is more informal sex, more sexual partners per capita and a greater tolerance towards premarital sex

-It has its own laws.

-It even has supply and demand. When there is more demand (more men than women), prices rise exponentially and it benefits the seller -women, in this case-; conversely, when supply exceeds demand, the price is low.

– In socialism this theory could not be applied?

-Not quite. It was found that in countries with more gender equality – in socialist states – there was more informal sex, more sexual partners per capita, an earlier age of initiation in sex and a greater tolerance towards premarital sex. Therefore, socialism established strong protection of reproductive freedom and strong sexual protection networks. Women hardly had to worry about the price of sex in a possible open market. Thus, in these circumstances, the model of the theory of sexual economy would say that female sexuality would cease to be a salable commodity.

The early stages of flirting are considered a ‘market’, in which women ‘sell’ sex and men ‘buy’ it with power, love, stability or money “

-In the book he explains that he defends socialism, but not in the version that was applied. So, is he talking about socialism?

– I believe that we do not have to go back in time, but that we have to learn and reestablish the good policies of socialism. Before totalitarianism arrived, there were fairly egalitarian societies, where women had a lot of representation and economic independence. Likewise, while socialism defines an egalitarian ideology, capitalism causes social inequality, because it is an inevitable product of private ownership of the means of production, where the rich get richer and faster. But I am not betting on destroying capitalism either, it is falling on its own.

-Could there be a countdown to capitalism?

-Capitalism has two days left, because the system is not capable of solving the three emerging problems of this 21st century: automatism, climate change and inequalities. The situation is so untenable that it will end up exploding. The right is already prepared and the left has not yet agreed. The same thing happened with Lenin and his wife: they had been planning the revolution for five years and, from one day to the next, it happened. They didn’t plan it, but they were prepared.