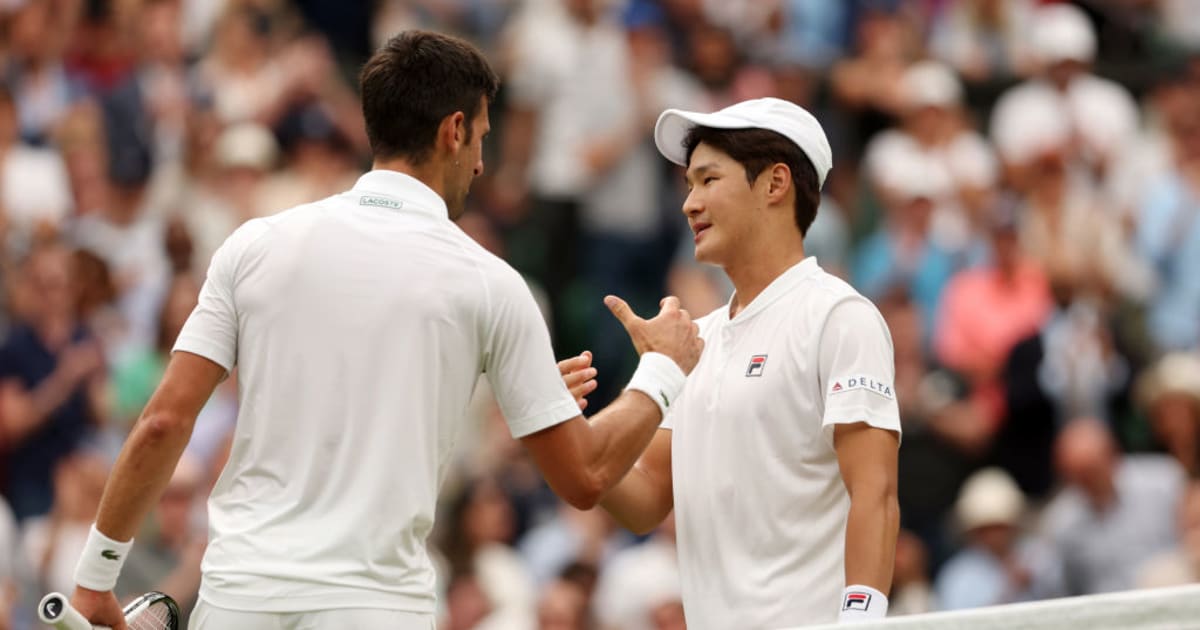 South Korea men’s tennis sign Kwon Soon-woo(Dangjin City Hall, 81st in the world ranking) is challenging for the 7th win in the first round of Wimbledon. Novak Djokovic(Serbia, world No. 3) lost 1-3 (3-6 6-3 3-6 4-6) and were eliminated.

However, Kwon Soon-woo made the first break in both sets 1 and 2 against Djokovic, and was tense 1-1 to win the second set, giving Djokovic tension throughout the game that lasted about 2 hours and 30 minutes.

In an interview right after the match, Djokovic said, “Thanks to Kwon Soon-woo, I was able to play tennis at a really high level.”

And he went on to say:

“I don’t have any practice matches before Wimbledon, so I always feel less relaxed than usual. Especially when I play against talented players like Kwon Soon-woo, who stays near the line and hits the ball cleanly with forehand and backhand. I feel that way more sometimes, so I had to find a tactical way to control the points. It wasn’t easy.”

Korea ace Kwon Soon-woo met him for the first time at the Serbian Open held at Djokovic’s home in April last year, and at that time he lost on a clay court with a set score 0-2. Kwon Soon-woo also lost the match played on the grass court, and his career record against Djokovic became two losses in two matches.

Meanwhile, Kwon Soon-woo will continue his Wimbledon challenge by playing in the men’s doubles first round against Australian duo Tanasi Kokinakis and Nick Kirios by teaming up with Slovenia’s Alyaz Bedene.

Kwon Soon-woo last year Tokyo 2020Participating in Beijing 2008 who wore the Taegeuk mark at the Olympics Hyungtaek Lee After that, he became a Korean tennis player who stepped on the Olympic stage for the first time in 13 years. Currently, his biggest goal is to win a gold medal at the 2022 Asian Games in Hangzhou, which has been postponed to next year.

Rocky exoplanets with more atmospheres are more habitable than ours