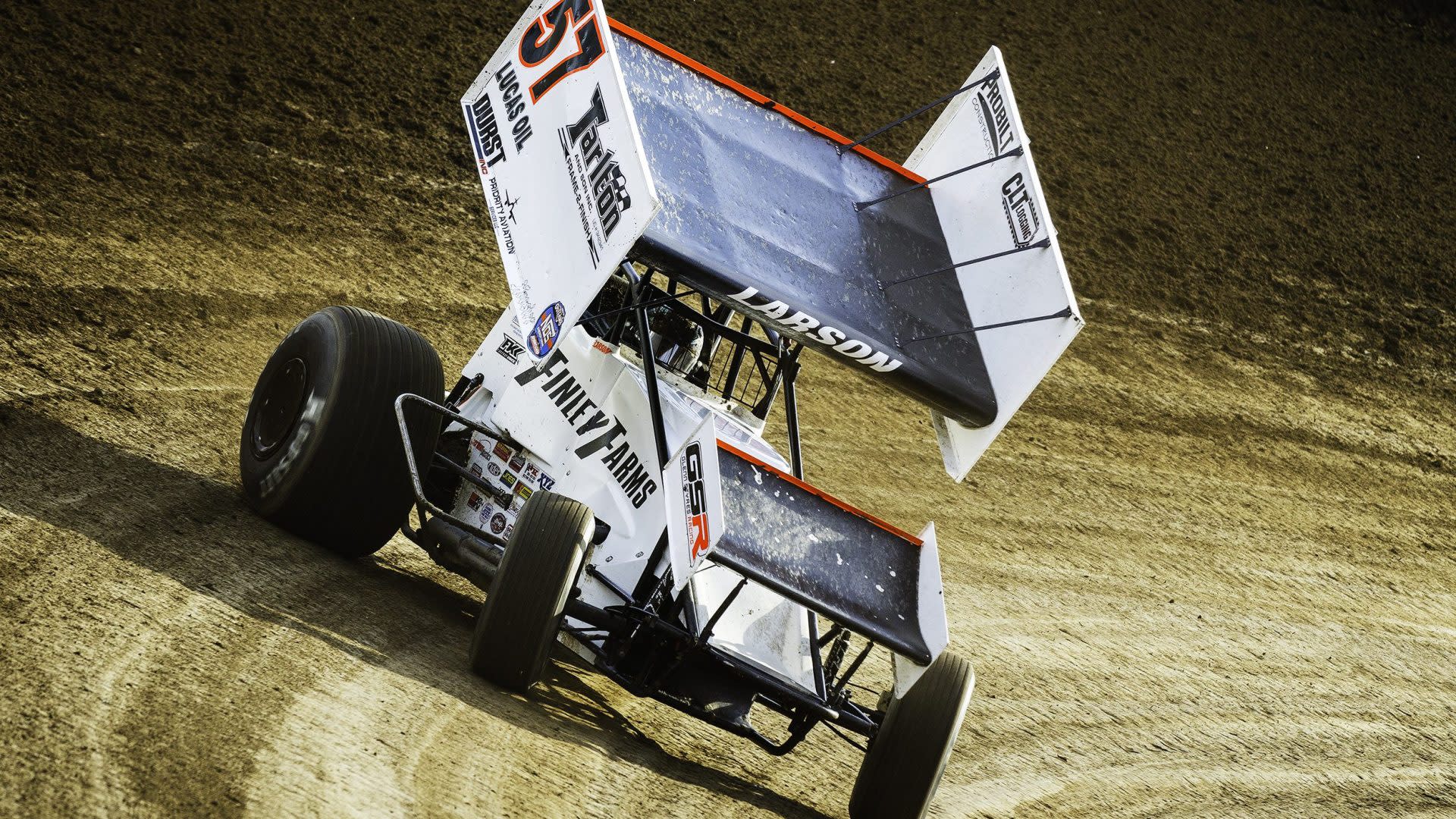 Kyle Larson won his third World of Outlaws start since losing his NASCAR ride last month and led the last 16 laps on Saturday night at the Federated Auto Parts Raceway on I-55.

It was the Outlaws’ third race since their return from the novel coronavirus pandemic (COVID-19), and the NOS Energy Drink Sprint Car Series raced for a limited time for the second time in a row

Sheldon Haudenschild comfortably led with 16 laps remaining in the 40-round feature race when his # 17 (owned by Ricky Stenhouse Jr. of NASCAR) bounced the pillow, hit the outside wall and plunged through the dirt several times.

Haudenschild was able to move away from the crash that gave Larson the lead, who had taken second place for Sweet, his brother-in-law, on Friday evening.

Larson set a track qualification record and was the first Outlaws driver to break the 10-second barrier on the 0.333 mile dirt road with high embankments.

He remains indefinitely suspended from NASCAR for using a racial fraud during an iRacing event in April (which led to his dismissal from Chip Ganassi Racing), but was allowed to race with the Outlaws after completing the sensitivity training.

. @dirtvision REPLAY: For Leader @ Haudenschild_17 it went smoothly until it was no longer. After getting over the pillow, he made a wild ride, but luckily he’s out of the car and fine. 16 rounds remain in today’s feature of @ I55Raceway live on DIRTVision. #LiveNOS pic.twitter.com/lvgXfsnbL8

Kyle Larson has won I-55 in World of Outlaws’ third race since returning to NBCSports.com

Eight recipes for homemade ice cream based on fruit or cocoa