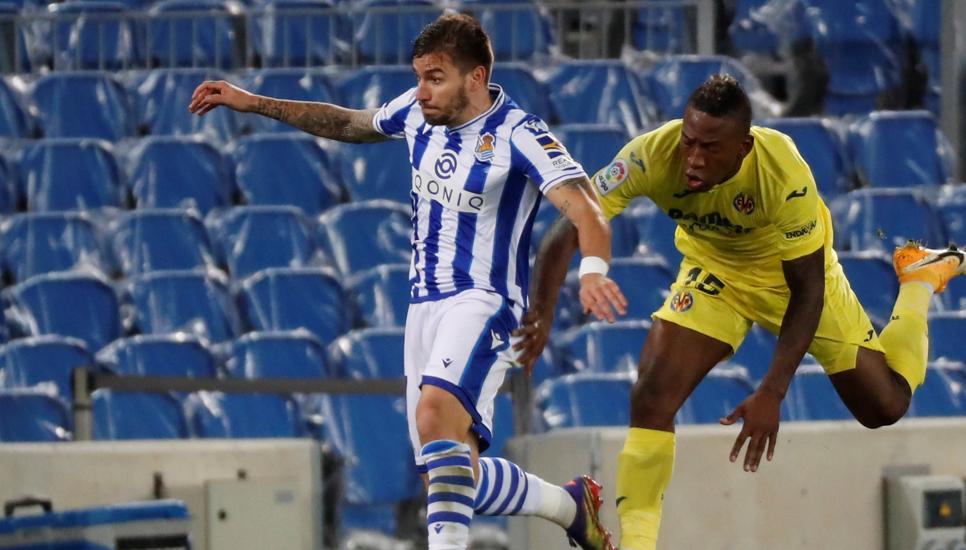 The Real society and the Villarreal the points were distributed in Anoeta, a tie that leaves the San Sebastian in the leadership with one point more than Atlético although he has played two more games than the colchoneros. La Real slows their streak because they had won six games in a row. Villarreal does not know the defeat since they suffered 4-0 at the Camp Nou on September 27. Check the results of the conference in LaLiga.

The two revelation teams of the season crossed their good paths with a different planting. Imanol Alguacil played on Thursday in the Netherlands against AZ Alkmaar with the best and received the Submarine with six changes, since he left out important players such as Silva (injured), Portu, Januzaj or Isak.

Villarreal appeared with their eleven of gala except Alcácer

Unay Emery preferred to rotate in Israel in his Europa League match and appeared in San Sebastián with his gala eleven, except for the injured Paco Alcácer. The game could not have started better for the visitors. In minute four Aritz Elustondo measured badly and overwhelmed Estupiñán in the area. The clear penalty was converted by Gerard Moreno, his sixth goal in the league.

La Real is a team that right now doesn’t shy away from any setback. Start playing from memory. Very soon he chained occasions. Barrenetxea had a very clear cleared by Asenjo. After half an hour, Pau Torres stuck his arm out and hit Le Normand in the face. Gil Manzano whistled a penalty, which was scored by Oyarzábal, a true specialist, who already has seven goals in this league and has a difficult record to emulate: he has scored all 16 penalties he has taken.

Villarreal requested a penalty on the last play

The draw balanced the game because Villarreal is not a team that renounces at any time to go for victory. The second part maintained equality. The first clear chance came for Real in ’59, a point-blank shot from William José that Asenjo thwarted.

The two teams made many changes, but they suited Villarreal better, who finished better physically, but lacked punch. The game ended with controversy. In the last play Gerard Moreno went down and Villarreal asked for a penalty. Gil Manzano was told from the VAR that there was nothing and the two teams had to settle for the distribution of points.