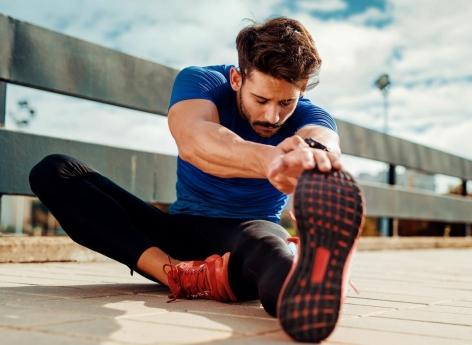 Sport is an effective antidepressant. Practicing 35 minutes of physical activity daily reduces the risk of depressive symptoms. Little is known about the underlying mechanisms. New work, published on May 27 in the scientific journal Mood Disorders, shed new light. According to the authors, it is lactic acid, or lactate, a molecule produced by the body during physical exertion, which acts directly on the brain and acts as an antidepressant.

A way to bypass antidepressants

The team of Swiss neuroscientists from the National Center of Competence in Research Synapsy have succeeded in demonstrating the antidepressant effect of lactic acid. According to them, this molecule could make it possible to better treat the disease, whether through exercise programs but also by using a molecule, with antioxidant properties, derived from lactate metabolism, NAHD. This is the active form of nicotinamide, or vitamin B3, known for its antidepressant effect.

These results are important since, as the lead author of the study, Jean-Luc Martin, points out, “about 30% of people with depression do not respond to antidepressants”. It is therefore essential to find other means to help these patients when depression affects more than 260 million people in the world and more than 3 million in France.

For the study, the researchers gave mice doses of lactate comparable to those produced during physical activity. They found that it helps decrease anhedonia, one of the main symptoms of depression, which is loss of interest or pleasure in all activities that, before depression, were considered enjoyable.

In addition, lactate promotes neurogenesis in the hippocampus, an area of ​​the brain involved in memory but also in depression. However, this process, which allows neurons to be replaced, is altered in depressed patients, which can lead to a reduction in the volume of the hippocampus. By restoring this mechanism, lactic acid made it possible to reduce depressive behavior in mice.

Researchers must now confirm these results in humans but believe that they offer new avenues for treating depression. “These mechanisms help to explain at least one of the links between sport and its effects against depression, and suggest possible targets for future treatments: playing sports or relaunching neurogenesis using an antioxidant molecule such as NADH.”, Concluded the researchers.