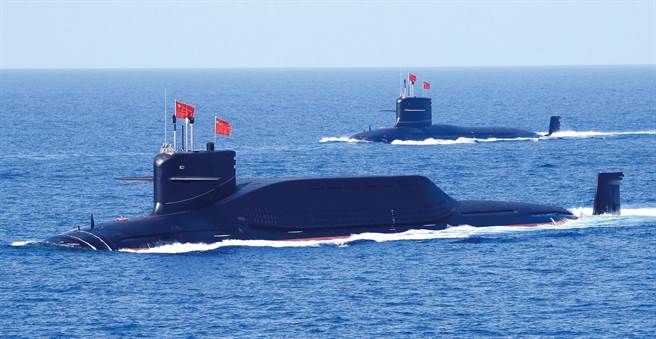 The Chinese Navy has many submarines, and in the event of a war, one of the key goals of the U.S. and its allies’ battle plan is to prevent them from entering the vast Philippine Sea.

An analysis on the Forbes magazine website on the 8th pointed out that the Philippine Sea is the most likely area where the U.S. Navy will deploy aircraft carriers for joint operations with air forces stationed in relevant areas. The Japanese Maritime Self-Defense Force’s strategy is to stick to the northern end of the blockade, that is, the waters from northern Taiwan to Japan’s main island. Unless other allies accidentally participate, the U.S. Navy may have to be responsible for defending the southern end of the blockade. In order to achieve this, the U.S. fleet combines new concepts with old ideas, hoping to be effective, and that is mines plus unmanned submarines.

In contrast, the Japan Maritime Self-Defense Force has 20 diesel-electric submarines, and there are no plans to expand them in the near future. Although the Japanese submarine is one of the most modern and sophisticated submarines in the world, the number of Chinese submarines undoubtedly exceeds them. The United States has 56 Los Angeles-class, Seawolf-class and Virginia-class assault submarines and Ohio-class cruise missile submarines. But under the latest plan, by 2026, this number will drop to 52 ships. It will not expand back to the current level until the 2030s.

To make matters worse for the U.S. combat plan, only a little more than half of them belong to the Pacific Fleet. In short, even if a small number of submarines from Taiwan and Australia are included, there are still more Chinese assault submarines.

The U.S. Navy calls them the XLUUV, and the first ship is expected to be in service as early as 2022. In the next few decades, the U.S. Navy intends to purchase at least 24 super-large unmanned submarines. According to naval combatant James Kilby, although they can perform a wide range of tasks, minelaying is the number one priority.

He told the U.S. House Armed Services Committee in March that it was necessary to purchase this unmanned ship to solve specific problems based on combat needs. He also emphasized that in the mission module set by Boeing, they can mine. In fact, mine attack warfare is not the strength of the US military. There are currently no dedicated mine-laying ships in the U.S. Navy fleet, and the Navy and Air Force flight squadrons have only recently resumed the practice of mine-laying from the air.

And the super-large unmanned submarine can accelerate the restoration of this centuries-long naval tactics. Obviously in this plan, the U.S. military will arm the 51-foot (15.5-meter) long unmanned submarine with a “Hammerhead” (Hammerhead). Smart mine. This so-called “encapsulated torpedo mine” (encapsulated torpedo mine) is housed in a container with sonar or radio, but inside it is actually a MK 54 torpedo. It will be remotely activated by operators on the seabed, and once an enemy submarine is found, it will launch torpedoes with a range of up to 6 miles (nearly 10 kilometers).

Independent naval analyst David Strachan said that a super-large unmanned submarine seems to be able to carry 12 “hammerhead sharks”. These mines can be deployed in traditional minefields to block enemy forces in their own ports. Or prevent them from entering the friendly operation area. He said that four “hammerhead sharks” can form an overlapping trap net of 600 square miles (about 1,554 square kilometers), allowing super-large unmanned submarines to be used as bait nearby, deliberately letting enemy submarines spot them and enter the hunting zone. Can effectively annihilate enemy ships.

Article Source:China’s Submarine Fleet Is Huge. The U.S. Navy Plans To Whittle Away At It With Mines.