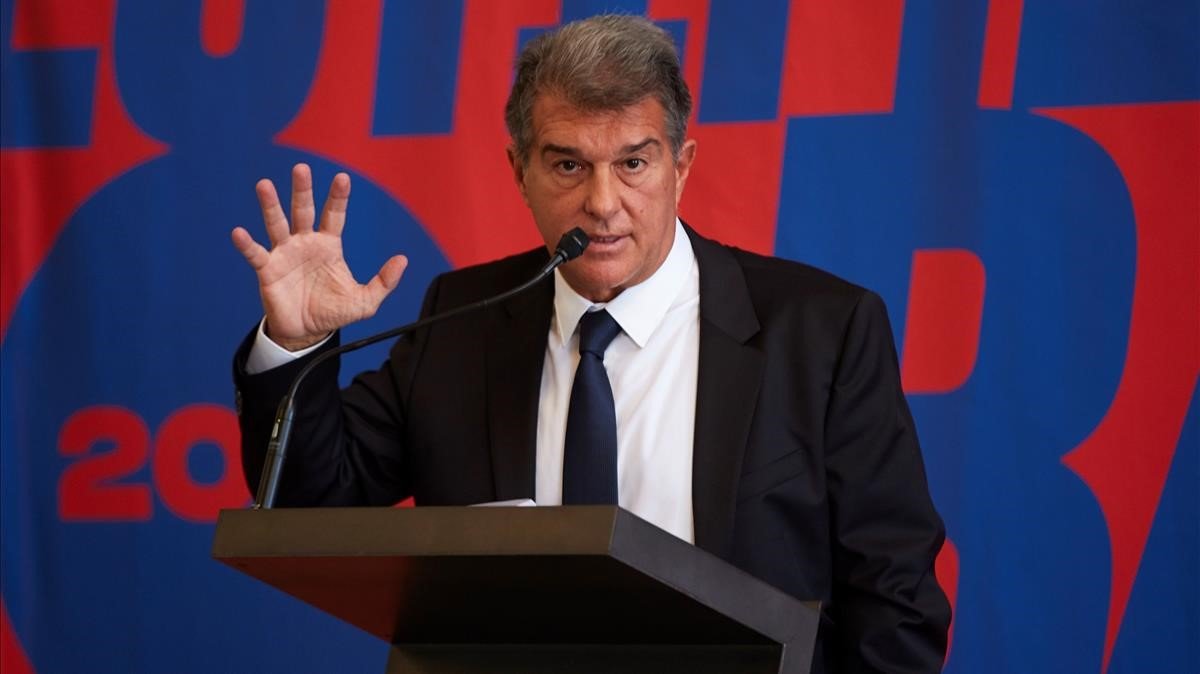 “The biggest challenge in my life”, for Joan Laporta, is to be president of Barça again, the position he held between 2003 and 2010.

Ten years later, and after the unsuccessful attempt in 2015, in which he appeared pushed by calls from friends “and players”, the Barcelona lawyer is once again running for election. He has enthusiasm, enthusiasm and love for the club, he says. Plus the lived experience and the knowledge acquired. And he assumes that challenge with “joy, optimism and courage”, positive and essential attitudes, in his opinion, to reverse the “dramatic” economic situation of the club and return the team “to the first line of world sports.” “We want to the nights of glory come back“, said Laporta, the only Barça president under whose mandate they won two Champions League (2006 and 2009).

Laporta understands that the general situation of Barça in 2020 is very similar to that found in 2003, only with worse magnitudes. Thanks to the success of its first stage, it is projected to be able to recover “the pride” of the Catalans, lost by a decline that has led to the triumph of a motion of censure that has not been voted for the resignation en bloc of the directive of Josep Maria Bartomeu.

Haunted by the economic crisis, of which he has information but fears that it will be worse than the known, the priority will be to take care of the sports field. Laporta has a football model in which La Masia is the central axis as a base for economic and sporting survival, but emergencies rule in the first team. The Barcelona lawyer assured that he will respect the contract Ronald Koeman, “a great in the history of Barça”, and hopes to convince Leo messi so that he stays at Barça. At least, to hear him in conversation. The captain is free from January 1 to sign for any team, while the elected president will not take office until January 25.

See Also:  Xiaomi Mi 10 Pro will be the most powerful smartphone in the world

“Messi loves Barça, he is indisputable, and I am convinced that it will give Barça a chance (to renew). With the respect and esteem that we profess for ourselves, I see myself able to have a conversation and help him decide what is best for him and for Barça “, promised Laporta, who explained:” In 2006 Moratti (Inter president) came and He paid us 250 million for Messi and they gave him a brutality of money. In 2006! There I saw the estimation of Messi, his father and his family for Barça “.

Laporta first convinced the father by guaranteeing that continuing at Barça was the best decision he could make and that it would be the one he would adopt if Leo were his own son. He explained to the footballer the sports plan to turn Barça into the best team in the world. Messi’s phrase “you have always fulfilled what you have said” is, for Laporta, an endorsement with which he believes that he will be able to get him to renew and end his career at Barça.

“As I have suffered a liability action, I do not want anyone to suffer it. Governing from a grudge does not lead to anything and ends up harming even those who interpose it. It leads to nothing, only to hurt and we are not like that”

Look ahead not in the rear view mirror

It was not the only look at Laporta’s past in the presentation ceremony held in the Lluís Domènech i Montaner room of the Sant Pau Hospital site. He takes it as a reference, not as a lever to return old insults. “I intend to look forward and not the rear-view mirror: we need so much energy to straighten the course of the club that I do not want to waste time looking back.”

The phrase had a message to Sandro Rosell and Josep Maria Bartomeu, promoters of liability action against Laporta and his board: one as promoter of the complaint and the other as the president who has left the club in the situation in which it is. From the beginning, Laporta stated that he would manage the club “without reproach” and with “optimism and joy”, ruling out the same treatment received for his successors.

“As I have suffered a liability action, I do not want anyone to suffer it. Governing from resentment does not lead to anything and ends up harming even those who interpose it. It leads to nothing, only to hurt and we are not like that.”

Laporta also aware that he generated supporters and detractors in his mandate, some from the political and ideological sphere, the former Barça leader promised that his will be an inclusive Barça that will not renounce, on the other hand, the idiosyncrasy acquired during history “for the legacy that our grandparents and our parents have left us.” Unfamiliar, though it felt like it was, it evoked the figure of Johan Cruyff, who will no longer have by his side after the death “of the one who made words like champions and titles our own”.

“In the Barça that I propose everyone fits,” he said, underlining the pressure “everyone” because the size of the club gives shelter to all the millions of people who follow it. “All ideologies fit, and also mine,” he pointed out.