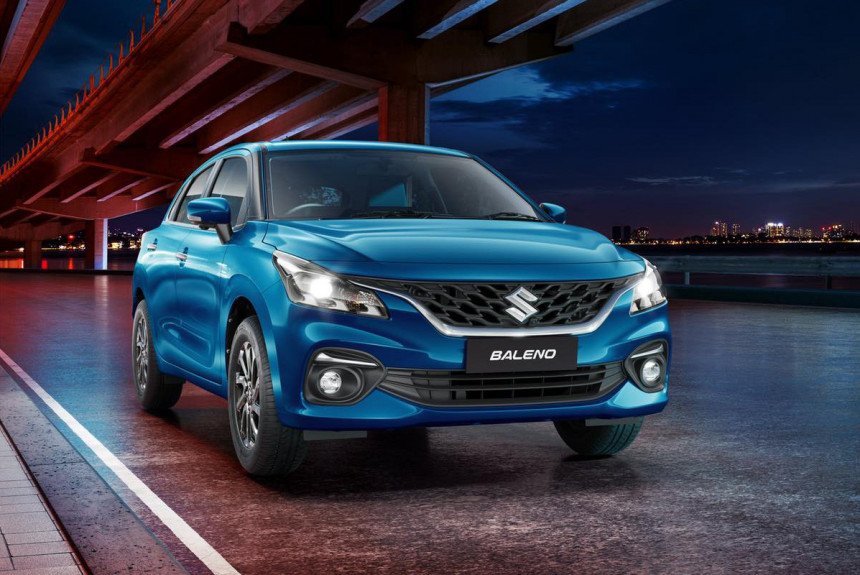 Instead of developing truly new models, Suzuki has set a course for further modernization of existing machines. This is what happened with the crossover. Suzuki SX4and now a compact hatchback has gone down this path Suzuki Baleno. It debuted in 2015 and has already rescheduled restyling. However, the current modernization turned out to be much larger than three years ago.

The updated hatchback debuted in India, because this is not only the small home of Baleno (cars are produced by the joint venture Maruti Suzuki), but also the largest market for Baleno: more than a million of these cars have been sold here ever since. But the Indian Baleno left the markets of Europe and Japan two years ago, so in the work on the restyled model, the preferences of Indian buyers were an absolute priority.

Baleno has retained the overall length of 3990 mm, because there are significant benefits for cars shorter than four meters in India. But almost all body panels (except the roof) are new. The relief of the doors and fenders has been changed, the openings of additional windows in the rear pillars have been redone, the hood cover has been shortened and now does not reach the radiator grille. All lighting equipment is new, the rear lights have additional sections on the fifth door.

The interior is completely new, including door panels and seats. The front panel has become more solid, the media system can have a screen with a diagonal of seven or nine inches, which now rises above the front panel. The most advanced multimedia Smartplay Pro + has a new interface, Apple CarPlay and Andoid Auto, as well as the ability to remotely connect from a smartphone.

Declared enhanced sound insulation of the cabin. And the equipment has also been significantly improved. For example, the Indian Baleno already “in the base” has climate control and a keyless entry system, although there are still only two airbags. A set of six airbags relies on expensive versions. In the top version, a head-up display, all-round cameras and an Arkamys audio system appeared, but the hatch was excluded from the list.

After the upgrade, Baleno was left with no choice of engines. All cars have the same four-cylinder aspirated 1.2 with a return of 90 hp. and 113 Nm. The five-speed “mechanics” has also been preserved, although a new reinforced clutch has appeared. And instead of a variator, now … a simple “robot” AMT with one clutch: Indian buyers are quite satisfied with this gearbox.

However, such a transmission is unlikely to appear on export cars: until now, Baleno for Latin America and Australia was equipped with a 1.4 engine (92 hp, 130 Nm) and a four-speed automatic, and this bunch is likely to continue. Finally, the upgrade brought a retuned suspension and larger brakes (the Baleno still has drum mechanisms in the back).

In India, the updated Maruti Suzuki Baleno has already appeared on sale at a price of 8,500 to 12,700 dollars. Hatchbacks are also available on a subscription basis for $188 per month. Here Baleno competes with cars Hyundai i20Honda Jazz, Volkswagen Polo i Tata Altroz. Baleno also has varieties under the Toyota brand – models Glanza (for India) and Starlet (for Africa): they will also be restyled soon.