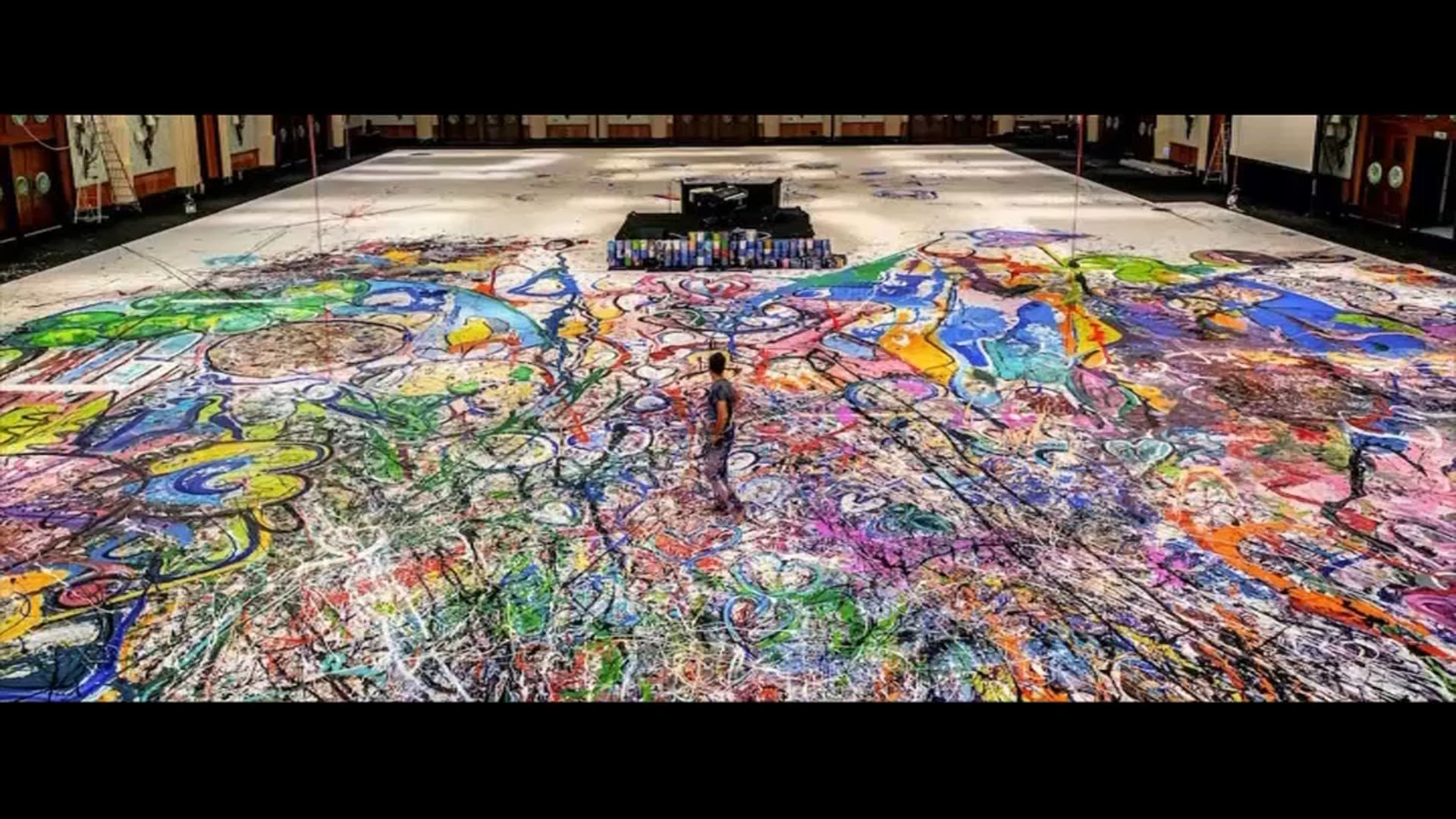 “The Journey of Humanity” by Sacha Jafri, 1595.76 m2, was to be sold in 70 different pieces. But a Frenchman decided to afford the entire puzzle.

A work by British artist Sacha Jafri, who holds the record for the largest canvas painting in the world with its 1,595.76 m2, was sold for 62 million dollars (approximately 52 million euros) at auction in Dubai , the organizers announced on Tuesday.

Called “The Journey of Humanity”, it is made up of 70 paintings that were to be sold separately throughout the year to benefit charitable projects. But a Frenchman living in Dubai bought the set: “I come from a poor family and I know what it’s like to have nothing to eat sometimes, but I know that at least I had love. from my parents, education, support, “crypto-currency entrepreneur André Abdoune told AFP.

“The work was very powerful when I saw it and, for me, separating the tables would have been a mistake,” explained the former stock broker, who also insisted on the consequences of the coronavirus pandemic on children around the world. “We have to react so if I can add my little piece to the puzzle, I’m delighted,” he continued.

“I said to myself: if you separate all the stones in a pyramid, then it will only be stones,” he continues. “Anyone can do that. But if you keep it all, you keep the paint, and it will be amazing. So let’s keep the canvas in one piece and show everyone that it is possible.”

The organizers of this sale, which took place in one of the seven emirates constituting the United Arab Emirates, specified that the work had brought in double the objective sought by the artist. Sacha Jafri intended to raise $ 30 million to finance initiatives in the field of health, hygiene and education for children in disadvantaged regions across the globe.

The 44-year-old contemporary artist hopes his work, listed in the Guinness Book of Records, will spark a humanitarian movement. Children from 140 countries submitted works to be included in the Briton’s creation, who completed it at the end of September, shortly before it was validated as “The largest canvas of art” in the world by the famous publication.