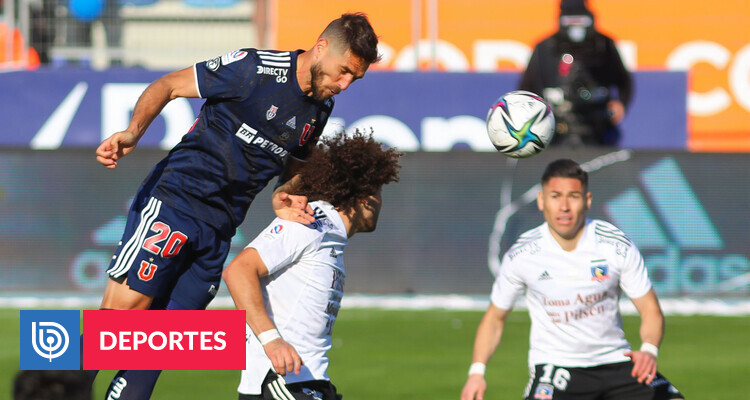 Joaquin Larrivey, front of University of Chile, analyzed what was the defeat before Colo Colo, what will be tomorrow’s game against Santiago Wanderers and he referred to his continuity at the club.

In a press conference, the striker said about the fall in the “superclassic” that “the criticism in terms of the personal, I think we did not connect, we lacked connection.”

In addition, he referred to the mockery of some Colo Colo players on social networks, after the festivities on the bus to Santiago.

“I don’t care, I didn’t see anything of the rivals’ celebration, because it seems to me that it did not correspond, I took shelter with the family, and I spent this frustration with the loved ones, there is no other option “

Likewise, he assured that “the frustration when we don’t win is total, especially in this kind of game. You have the illusion of scoring goals, but you want the team to win. The frustration has more to do with the result of the game than with not being able to score ”.

Along the same lines, the Argentine acknowledged that “many of us were not up to what we had been generating” and that “we received very early blows, with collective errors that we had not been committing. That made it difficult, especially in the first half. “

Asked about Wednesday’s commitment, Larrivey said that “Wanderers is a team that is played, that comes from winning and it only serves to win. That makes him a dangerous rival (…) he is very motivated to get out of that area, to get results ”.

In this sense, he stressed about the “caturros” that “each team is a difficult rival, and despite being down in the tournament, they won the last three games. I think he is a very dangerous rival and respect ”.

“For the team it is a test of character. Defeat is part of the game and you have to be able to get up. Soccer things have to be corrected, but emotionally, we are a team that is going to fight to finish up (…) I am sure that we will be up to the task and we will keep the three points ”, added the attacker.

Finally, regarding his renewal with the “U”, the player explained that “my representative was speaking (with Luis Roggiero). Honestly, the last time I spoke, there were no modifications, there was no progress on the subject ”.