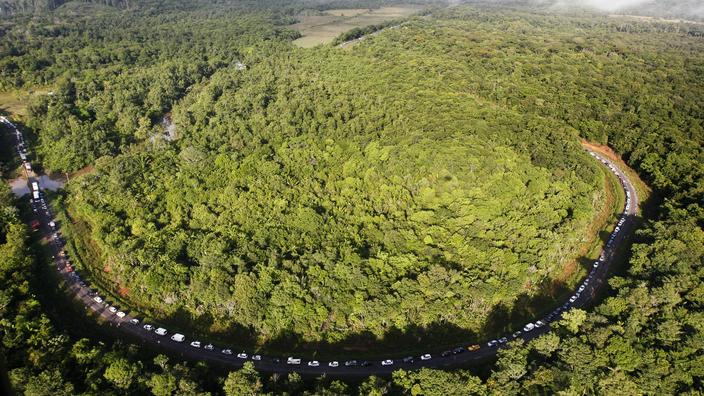 Work on the West Guyanese Power Plant begins this Thursday.

Construction of the world’s first green hydrogen power plant producing non-intermittent energy is due to start in Guyana on Thursday, according to a statement released on Wednesday. This contract, which represents an investment of 170 million euros, is a “world premiere“, Told AFP Damien Havard, CEO of Hydrogen de France (HDF).

Read alsoIs the hydrogen train the future of rail?

«There has never been a stable or non-intermittent renewable energy contract in the world to date.“, He explained, while the current supply of electricity obtained from green hydrogen does not meet the demand for continuous electricity. “We don’t have a competitor yet, but we’re going to have some“, However warned the CEO of HDF, while multiple projects of hydrogen power stations have been announced, such as the one resulting from a cooperation between the French giants Total and Engie.

The West Guyanese power plant must produce stable and continuous energy, day and night, like a thermal power plant, but without emitting pollution, the statement said. “This solves a fundamental problem because it has been fifteen years since the intermittence of renewable energies has blocked their development.», Underlined Damien Havard.

Founded in 2012, HDF has an exclusive contract with the Canadian Ballard Power System, the world leader in fuel cells, which store hydrogen and then continuously produce energy. The French company should manufacture its own fuel cells from 2023, on the industrial site of Blanquefort.

The power station should allow the supply of the equivalent of 10,000 Guyanese households at a lower cost than that of the territory’s diesel power stations. HDF is carrying out similar green hydrogen power plant projects in around 20 countries, including Mexico, Indonesia and Australia.