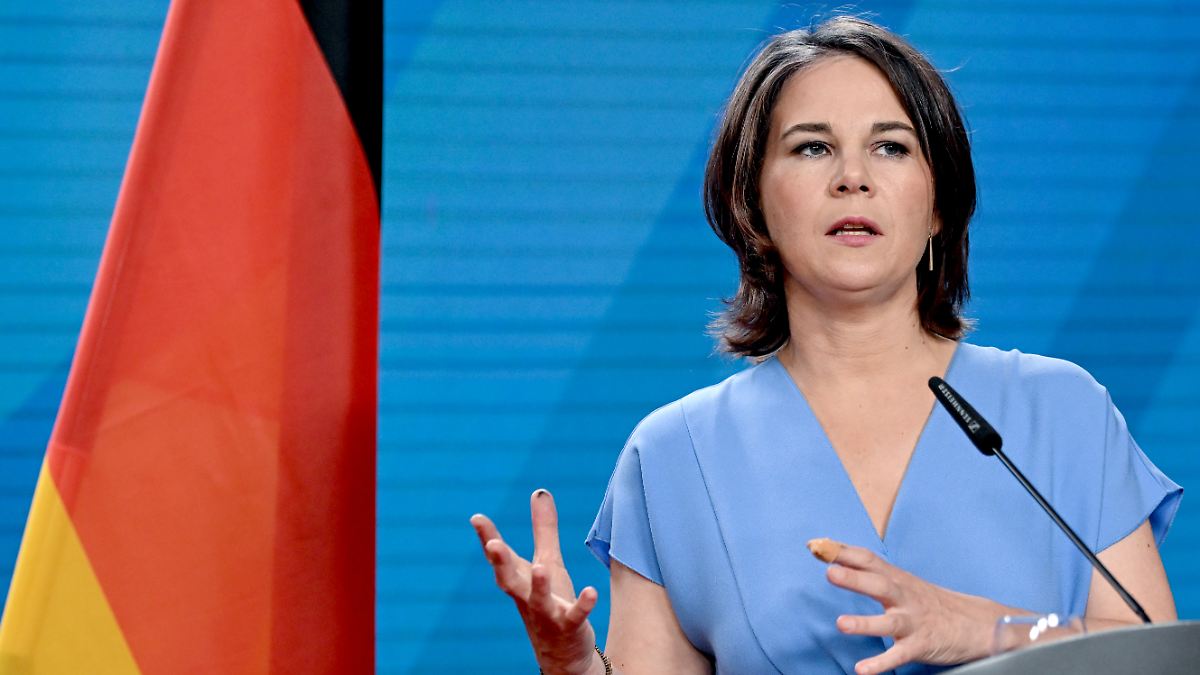 Lavrov comes to G20 meetings
Baerbock: Will not leave the stage to Russia

The ministerial consultations in Bali could become the test run for the G20 summit in November. Russia’s foreign minister is also expected. First of all, Federal Foreign Minister Baerbock advocates a common line with regard to the Ukraine war. Coordination with international partners is more important than ever.

Before the meeting of the G20 foreign ministers in Bali, Foreign Minister Annalena Baerbock called for a joint response to Russia’s war of aggression against Ukraine. “We all have an interest in international law being observed and respected. That’s the common denominator,” said the Green politician before she left for the G20 deliberations. “And it is also the reason why we will not simply let Russia take the stage at the meeting.”

In addition to Baerbock and US Secretary of State Tony Blinken, Russian Foreign Minister Sergei Lavrov and his Chinese counterpart Wang Yi are expected to attend the meeting in person. The G20 is a group of leading and emerging economic powers. It also includes authoritarian countries such as Russia, China and Saudi Arabia. Indonesia currently holds the presidency.

Lavrov’s presence at the ministerial meeting is seen as a test for Kremlin chief Vladimir Putin’s possible participation in the G20 summit on November 15-16, which is also taking place in Bali. Several states have questioned their presence should Putin appear in person. It is also possible that the Russian President will be connected via video in November. A reception is planned for the foreign ministers’ meeting on Thursday evening. The topic of the first working session on Friday is the strengthening of multilateralism – ie joint and equal conflict resolution on the basis of international rules. A second working session will deal with food and energy security.

Lavrov wants to sit down with several other foreign ministers for bilateral meetings on the sidelines of the G20 meeting. “As far as the (bilateral) meetings are concerned, there have been certain requests. There will be a number of meetings,” he said during a visit to Vietnam, according to the state news agency TASS. Which states are involved remained open. Blinken has already declined a meeting with Lavrov, saying the time is “not ripe.” There should also not be a bilateral meeting between Baerbock and the Russian.

Blinken wants to meet Wang Yi, among others, in Bali. After the start of the war in Ukraine, the US government had unsuccessfully pressured China to position itself against Russia. The State Department in Washington said Blinken will reaffirm US commitment to “work with international partners to address global challenges” at the G20 meeting. The ministry cited the food and energy crisis “and the threat to the international order posed by Russia’s ongoing war against Ukraine” as examples.

Baerbock: Are all required together

Before her departure, Baerbock criticized: “Russia not only kills with bombs, but also through the targeted exploitation of dependencies and through hunger as a weapon.” In this situation, coordination with international partners is more important than ever. As if under a magnifying glass, the war shows that issues such as foreign and security policy, global nutrition and the climate crisis are very closely intertwined. “No state alone can find solutions for this, we are all challenged together.”

In the Indo-Pacific region, this can be observed in a dramatic way using the example of the climate crisis, explained the minister: The rising sea level is threatening to swallow up the Palau archipelago, which only became independent in 1994. Baerbock wants to find out more about the situation in Palau this Saturday. She then wanted to travel on to Japan for her inaugural visit.

Monkey pox, an unlucky “chance” that should not stigmatize the gay community – rts.ch

Major fire on the campus of the University of Antwerp: “It’s a disaster”