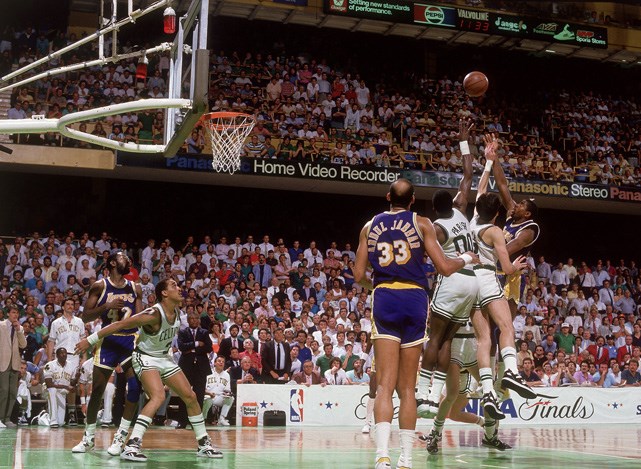 32 years ago, on June 9, 1987, Magic Johnson added a new line to its caption. It was in Game 4 between the Lakers and Boston, played in Boston when the Lakers led 2-1 in the series.

That day the Lakers were in the race behind, being up to 16 points behind in the first half and still 8 to 3 minutes from the end. But at 30 seconds from the buzzer they were only 1 point, 102-103. On a pick & roll between Magic and Kareem Abdul-Jabbar the latter gave the advantage to LA, before Larry Bird responds to 3 points to give Boston back 2 points 106-104. Abdul-Jabbar was then sent to the throwing line, he hit the first and missed the second, but on the rebound the Celtics released the ball, giving the Lakers a chance. And it’s Magic who took his responsibilities with to everyone’s surprise a sky-hook that offered game 4 to LA

“You expect to lose to the Lakers on a sky-hook and, but not one from Magic.” Larry bird

Johnson had 29 points, 8 rebounds and 5 assists that day. The Lakers will be crowned in Game 6 and Magic elected MVP of the finals.