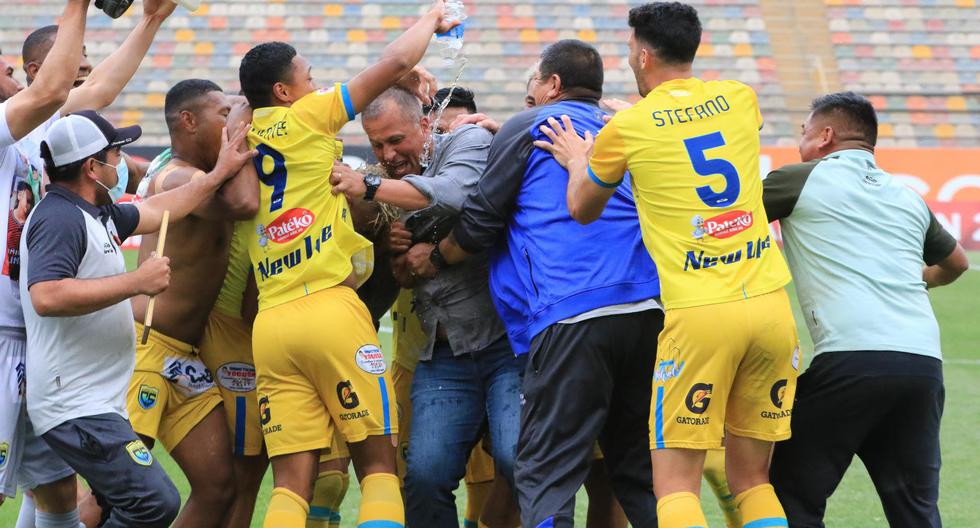 Once again the League 1 is suspended after the resolution issued by the TAS. According to the published document, Binational Sports would have to remain in the First Division. This changes the entire panorama of the tournament and again compromises the permanence of Carlos Stein. The Carlist team has a bitter history with the Arbitration Court of Sport.

READ ALSO: The ‘Powerful of the South’ stays: The TAS ruling leaves Binational in League 1

The important points of the CAS resolution are the following: 2) Binational’s appeal is declared admissible; 6) The Resolution of the FPF Disciplinary Commission is revoked and it is ordered to maintain the 2-2 result of Cusco FC vs. Cienciano and 7) The registration of soccer player Mathias Carpio is declared valid.

with this decision Cusco FC he would lose the category directly because the FPF had declared him the winner of the match against Cienciano due to an alleged poor registration of Mathias Carpio. What’s more, binational stay first and San Martin I would remain in the revalidation position.

For second consecutive Year, Carlos Stein is once again committed to a TAS ruling. This time, he did not participate in this process. However, last year he was in a big mess that left him without League 1 in full tournament.

Alianza Lima filed an appeal against the League 1 Licensing Court. The intimates asked that he should be sanctioned Carlos Stein for debts. The TAS accepted the request and the Carlist team had to stop playing the First Division after playing the first date.

Carlos Stein had assembled his squad to play League 1, it is more equalized 0-0 with Alianza Atlético on the first day. However, days later he had to leave the competition and focus on his participation in League 2.

Football gave a great revenge to Carlos Stein, because eight months later he returned to the First Division after beating Binational on penalties in the revalidation. Now that party could be archived by a new resolution of the TAS.

-WHAT WILL HAPPEN TO CARLOS STEIN?-

Binacional, Carlos Stein’s rival in the revalidation, according to the TAS resolution, should not have played that key to define his permanence in League 1. Now the future of the team led by Jahir Butrón remains up in the air.

If the FPF acts as it did last year, Cusco FC would have to go down directly, Binacional remains in League 1 and San Martín would become the team that plays the revalidation match.

“We haven’t talked about playing with San Martin. Stein did whatever he had to do on the field to earn his promotion. If problems come later, they are problems that the team has nothing to do with”, this was what Jahir Butrón told us after winning the game against Binacional.

It is not yet known what will happen to Carlos Stein. The Peruvian Federation has a new problem. The Carlist team, like San Martín, have continued to hire players. In the Carlist store they are convinced that they will continue playing League 1.

➡️Un video that captures how hard this season was for the club.
Premiere: Today 6:00 pm / via official Facebook of the club https://t.co/CIBZqMPoAZ#CarlistaDeCorazón #VamosStein #We are back #football #liga1betsson #peru #futbolptofesional #chiclayo #lambayeque pic.twitter.com/5tOkbRerGT

Concern for Pelé’s health after a new hospitalization: several tumors were detected