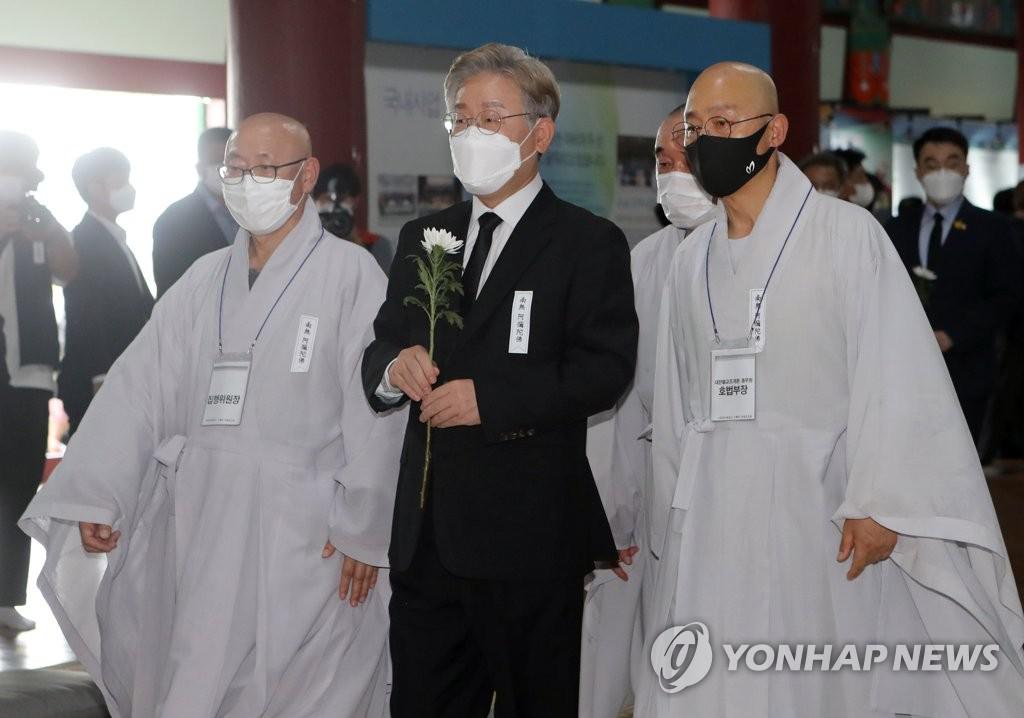 After entering the mortuary with Kim Yun-deok, Ahn Min-seok, and Kim Nam-guk of the same party, the governor placed a chrysanthemum flower in front of the deceased’s grave, closed his eyes, and joined hands.

Governor Lee wrote in the guestbook before the condolences, ‘I will make the world clean and bright according to the great teachings of Master Taegongdang Wolju.’

After his condolences, he had a private conversation with Wonhaeng, head of the Jogye Order, for about 30 minutes.

He then left Geumsansa by car with the supporters’ greetings and cheers.

The governor said nothing, including political remarks, as if conscious of the pious atmosphere of condolences. 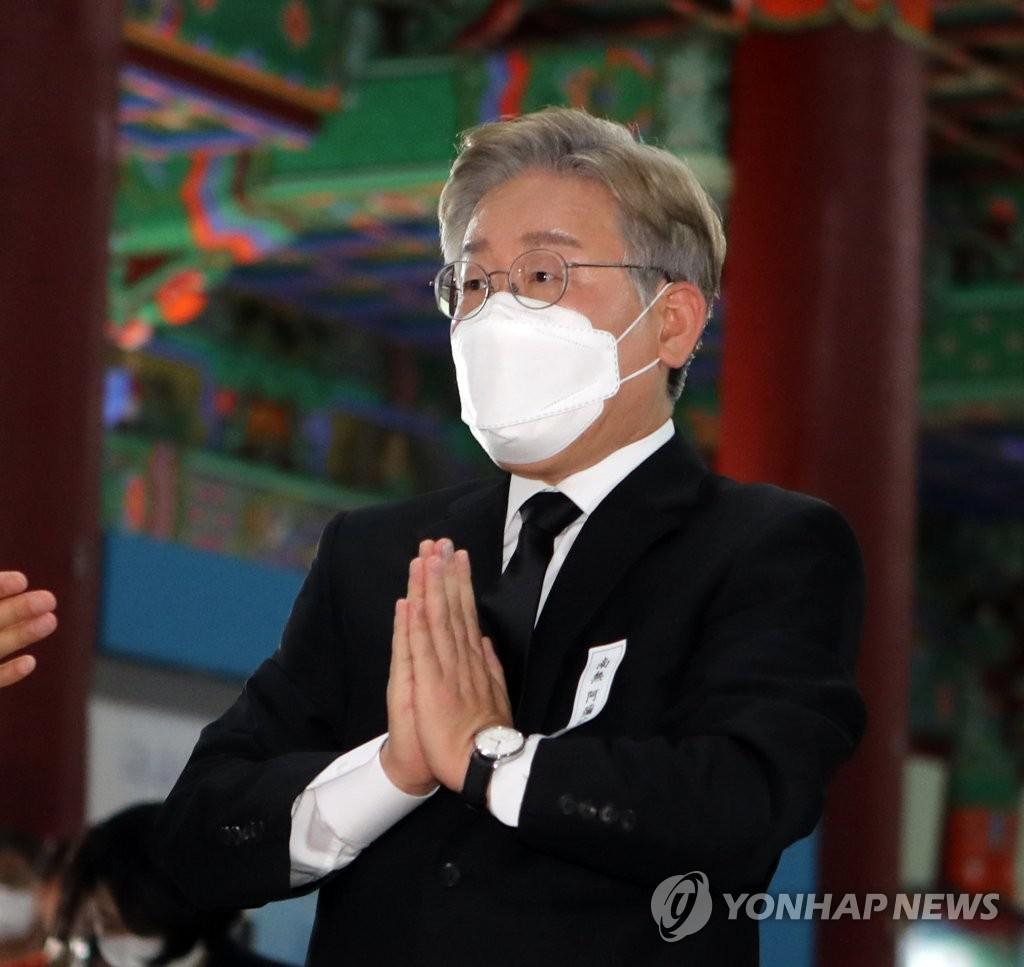 Rep. Park Yong-jin, one of the Democratic presidential nominees, also visited the mortuary at 5 pm to burn wreaths.

Rep. Park wrote in the guestbook, ‘I will follow the teachings of Monk Wol-ju,’ and said, “Monk worked very hard to save sentient beings. I will never forget his will.” 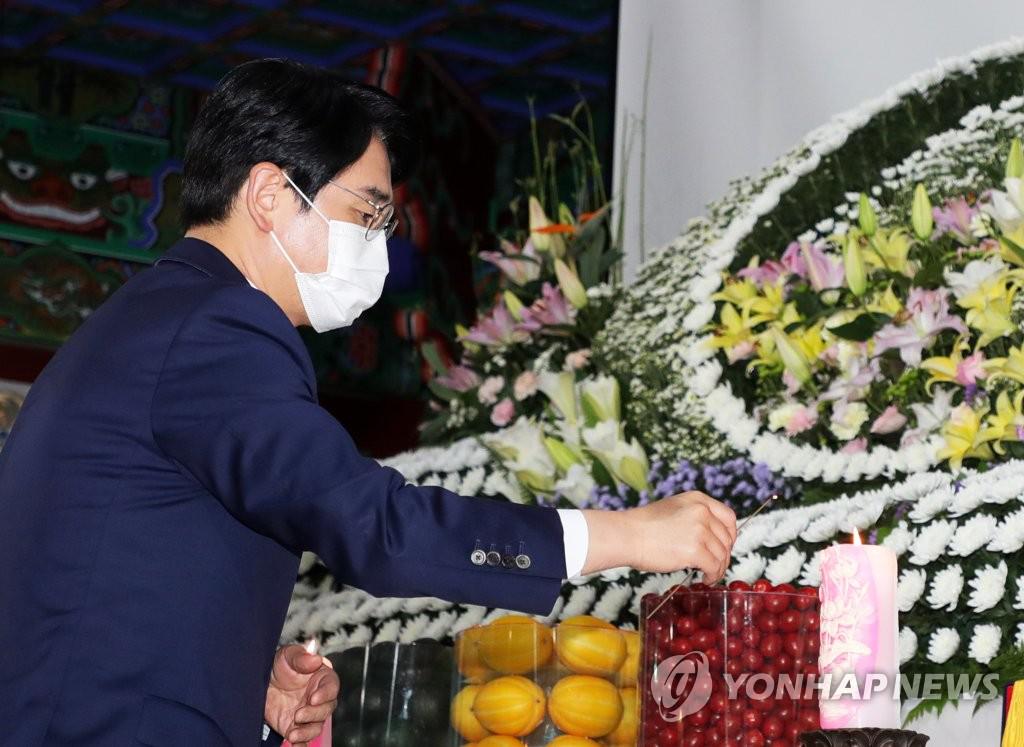 On this day, at the mortuary of Daejongsa Temple in Wolju, key figures and monks from all walks of life including Governor Lee and Assemblyman Park. A procession of condolences followed by Buddhists and the masses of sabu.

In addition, monks and Buddhists from other temples, as well as general mourners, made incense flowers and prayed for the rebirth of Monk Wolju. 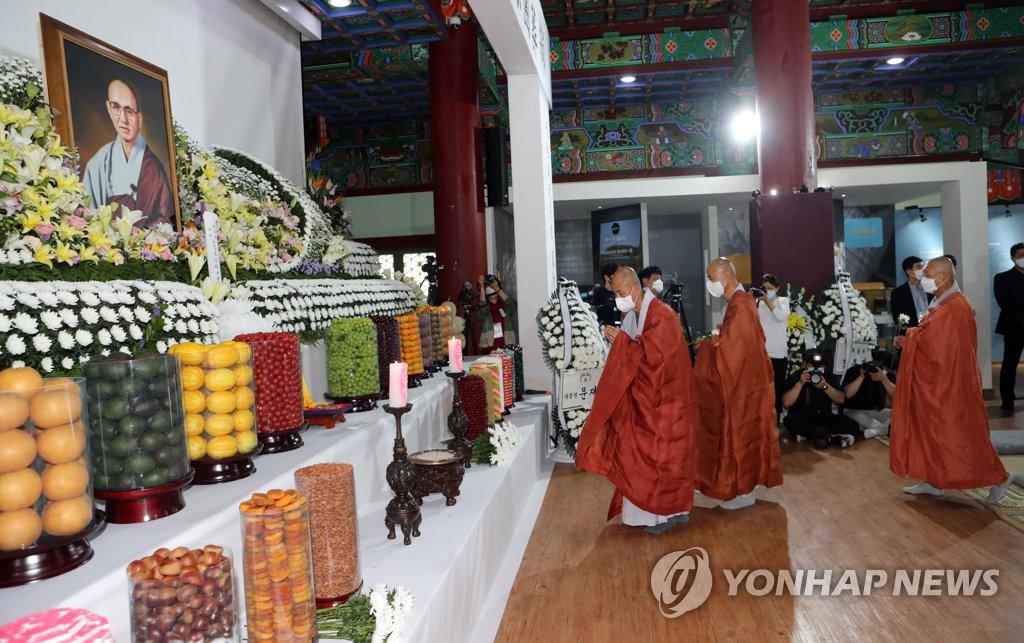