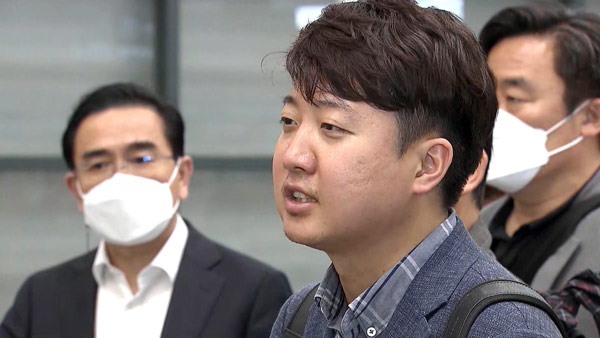 People’s Power Representative Lee Jun-seok continued to criticize the ‘Dandelion’, a member of the party led by pro-Yun-seok zeal, day after day.

Rep. Jang Je-won, a representative Yoon Hak-kwan, also countered, saying, “People think that the ‘Dandelion’ cannot accept the criticism that it is a private organization and division of the party.” .

He continued, “Who gave the function of connection as an official channel between the party government offices and whether that part was discussed with the prime minister, who can be called the government.” “, he pointed out.

Regarding the topic of the luncheon between President Yoon Seok-yeol and the People’s Power leadership, he said, “Since it is the beginning of the government, the president will have a lot of troubles about how to establish relations with the party.”

He continued, “The cause of the Conservative party’s hardship leading to impeachment was the great conflict between those who wanted to get closer to the president and those who were excluded from it,” he said. Shouldn’t we be talking frankly?” he added.

He also aimed at the ‘Dandelion’ group and said, “Didn’t that become the seed of conflict within the party in the last presidential election and in the subsequent process? We have to talk about everything,” he said.

A cancer trial gives an unexpected result: remission in all patients