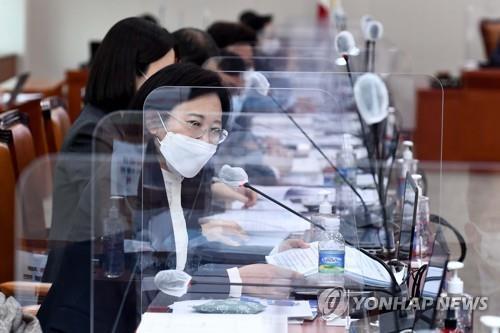 On the 11th, Rep. Lee Su-jin of the Democratic Party of Korea (Dongjak-eul, Seoul) revealed that a high-ranking judge who forced him to pour alcohol and even used violence during his time at the Judicial Research and Training Institute later served as a Supreme Court judge.

Earlier, in an inquiry by the Judiciary Committee on the ‘death of a non-commissioned officer for sexual harassment in the Air Force,’ Rep. Lee mentioned his experience of damage the day before, saying, “When I was attending the Judicial Research and Training Institute, a high-ranking judge hit me in the back of the head and told me to pour alcohol.”

In an interview with YTN Radio on the same day, lawmaker Lee said, “20 years ago, other women at the time must have gone through something like that, but I resisted that I should receive an apology for the first time.” “I put a lot of pressure on it in such a way that it was harmful,” he said.

He continued, “I was just going to receive an apology, but that was so difficult.” “I endured for almost a month and said, ‘If I don’t apologize, I’ll give it to the media,’ and I finally came and apologized.”

However, Rep. Lee said, “However, he was very cold-hearted in such a way as ‘You are good'” and “I took a year off from work because it was difficult for me to go out emotionally because of retaliatory remarks.”

He added, “(The appointment of a judge) was one year late,” he said. “But he even served as a Supreme Court Justice.”

“The situation is the same as it was 20 years ago,” said lawmaker Lee.