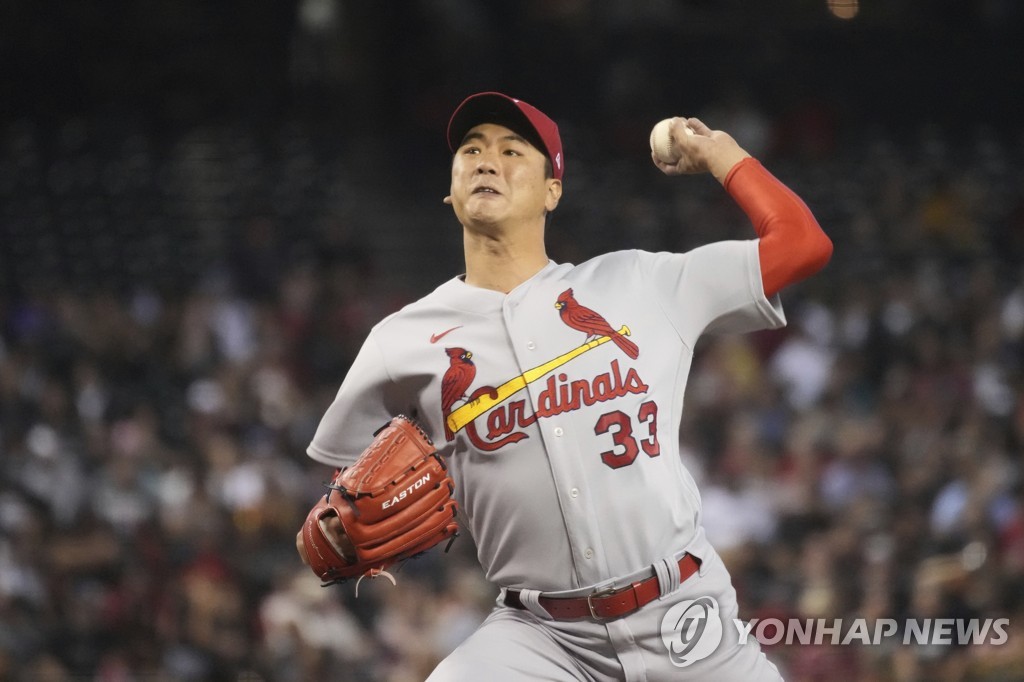 Kim Kwang-hyun and Yang Hyun-jong started side by side on the 31st (Korean time). The match start time in Korea was the same at 5:10 am.

However, the two took on their third loss of the season side by side.

Kim Gwang-hyun and Yang Hyeon-jong have in common that they are the same age and left-handed pitchers, and after playing as the representative left-handed ace of the KBO League, they left for the major leagues after pursuing their dreams.

It is similar that both of them overcame difficulties and became a major league starting pitcher.

As soon as Kim Kwang-hyun entered the game, he settled well as a starting pitcher despite the difficulties of the league being reduced due to the novel coronavirus infection (COVID-19), and Yang Hyeon-jong was called to the big league after chasing the game as a ‘reserve player’ (taxi squad). succeded.

If the two had won side by side, another ‘Korean Day’ would have been born on September 25 last year, following the wins of Hyun-jin Ryu (34, Toronto Blue Jays) and Kwang-hyun Kim, a Korean starting pitcher.

At that time, Hyun-Jin Ryu took the victory over the New York Yankees with no runs in 7 innings, and Kwang-Hyun Kim stopped the Milwaukee Brewers with 1 run in 5 innings and became the winning pitcher.

The win with a Korean pitcher was the first in 15 years since Park Chan-ho (then San Diego Padres) and Seo Jae-eung (then New York Mets) on August 25, 2005.

However, it was a disappointing day to lose rather than win together.

Yang Hyun-jong also lost his third consecutive personal loss. He also lost by decision in the pride match between Korea and Japan.

Japanese left-hander Yusei Kikuchi, who started as a Seattle starter, gave up two runs in 6⅔ innings and won his third win (three losses) of the season. He also recorded a ‘no-hit no-run’ for five innings before being hit by lead batsman Willy Calhoun in the sixth inning.