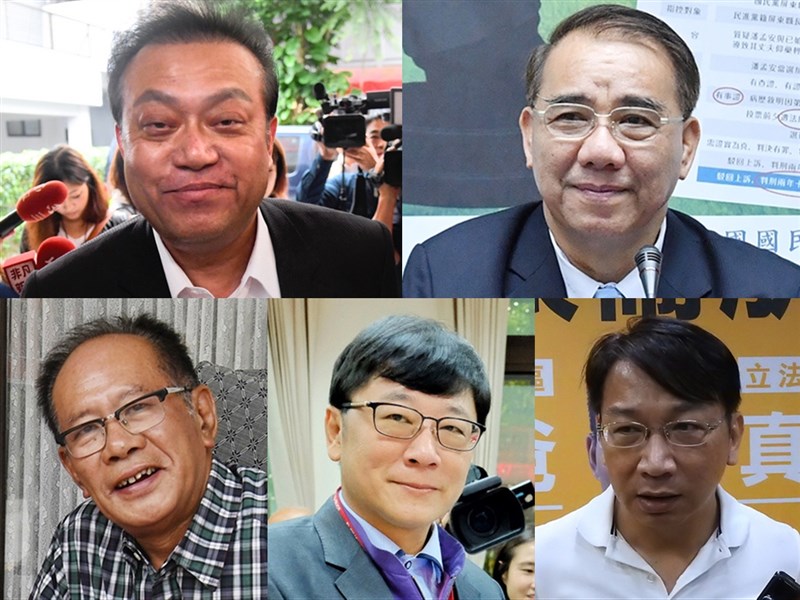 The Taipei District Prosecutor’s Office pointed out after learning the verdict that it will carefully consider whether to appeal after receiving the verdict.

The North Court pointed out that from August 15, 101 to December 18, 2014, Su Zhenqing received cash or cheques from Li Henglong for a total of 25.8 million yuan several times, and assisted Li Henglong in inquiring about the Tailiu case of the Ministry of Economic Affairs. relation. Although Su Zhenqing argued that it was a loan, the North Court rejected the testimony of Li Henglong and others, and sentenced Su Zhenqing to 10 years in prison, 5 years of deprivation of public power, and confiscation of 15.8 million yuan of criminal proceeds.

Liao Guodong denied the crime during the trial in the North Court. However, the co-defendants Ding Fuhua, Guo Keming, and Li Henglong all confessed to committing the crime. The North Court determined that Liao Guodong had accepted bribes based on relevant testimony, translations of communications, monitor images and other evidence. Liao Guodong was sentenced to 8 years in June, deprived of public power for 4 years, and confiscated 6.2 million yuan of criminal proceeds.

For Ding Fuhua’s part, the North Court judged that he confessed to committing crimes during the trial, and was subject to commutation, and he automatically handed over the proceeds of crime. He was sentenced to 1 year and 10 months in prison, suspended for 4 years, paid 1 million yuan to the public treasury, and deprived of public power for 2 years. 1.8 million yuan of criminal proceeds were confiscated.

Chen Chaoming and Liang Wenyi both denied accepting bribes, but the North Court determined that their actions constituted the crime of accepting bribes in violation of the Corruption Offences Ordinance. The proceeds of crime of 1 million yuan and 500,000 yuan will be recovered and confiscated.

In addition, Guo Keming contacted Wu Shichang, a friend of Xu Yongming’s then legislator, to arrange a meeting with Xu Yongming. In December 2018, Guo Keming and Li Henglong asked Xu Yongming to co-organize a hearing with Soochow University, negotiate a meeting room of the Legislative Yuan, attend the public hearing, and invite officials from the Ministry of Economic Affairs to attend. The two sides agreed to provide political donations to the power of the times, and Xu Yongming also said that Wu Shichang would serve as the window for receiving political donations.

The judgment stated that Xu Yongming did not work together for the hearing due to some reasons, nor did he send a document to invite officials to attend the meeting. He only borrowed the 101 meeting room of the Red Building of the Legislative Yuan and attended the public hearing for 5 minutes. Li Henglong also did not hand over bribes, but North The court determined that it constituted bribery of a contract, and sentenced Xu Yongming to 7 years in April and deprived of public power for 3 years; Wu Shichang was sentenced to 6 years and June, and Yu was deprived of public power for 2 years.

Lin Jiaqi, director of Zhao Zhengyu’s office, is suspected of using the powers of a legislator, the construction boss, to pressure the Construction Administration and the Yangmingshan National Park Management Office to delineate part of the land in Jinshan District, New Taipei City, as a national park control area, to win the trust of the businessman surnamed Chen and others. Chen Nan and others defrauded money. Lin Jiaqi pleaded guilty at trial, and the North Court sentenced him to 2 years in prison, suspended for 5 years.

In the part of Li Henglong, the North Court considered that Li Henglong confessed to committing crimes during the trial, and his sentence should be commuted in accordance with the provisions of the Corruption Offences Regulations, and the commutation provisions of the Witness Protection Law should be applied. 5 years of probation, 10 million yuan to the public treasury, and 3 years of deprivation of public power. (Editor: Fang Peiqing) 1110706