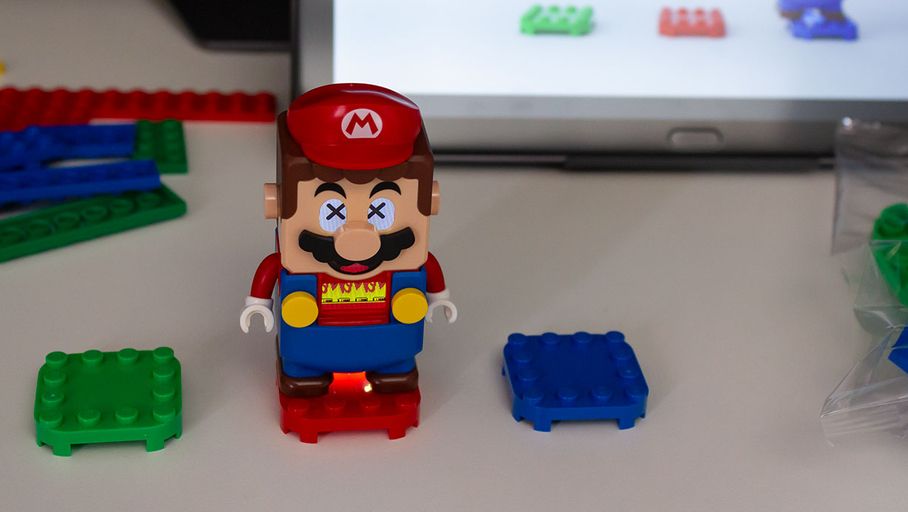 After trying the link between Lego and video game with Lego Dimensions, Lego connected with its Lego Boost then augmented reality with its kits Lego Hidden Side, Lego further blurs the line between video games and Lego, by transposing Mario’s universe into the real world. No game console on the horizon, but a small electronic Mario minifigure to play Mario in a real Lego setting inspired by the one found in Nintendo’s Super Mario games. Do we rediscover the pleasure of handling the mustached plumber through convoluted levels full of enemies? This is what we verified with our experience as a player who grew up with the Nintendo mascot as much as with Lego sets in his child’s room, but also taking into account the testimonies of children who have been able to try this Lego Super Mario.

To play Lego Super Mario, it is mandatory to first acquire the starter pack including the electronic Mario figure, without which the game would not really make sense. A Lego set displayed at the recommended retail price of € 59.99, which Lego nevertheless encourages to complete with already many other sets sold between € 19.99 and € 99.99, depending on their number of pieces and their size; optional sets without which, let’s be clear from the outset, the experience is cut short.