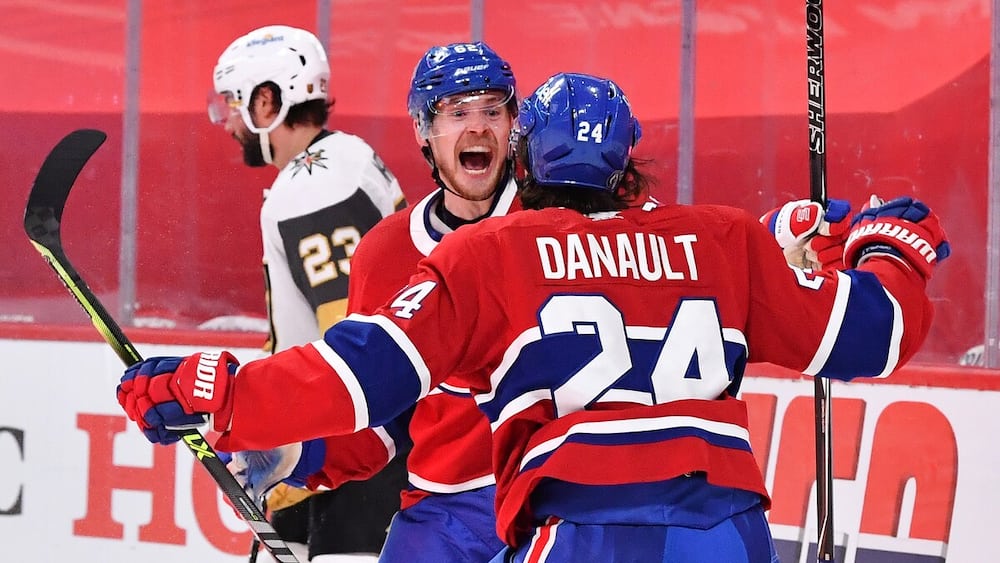 “Lehkonen, national hero! And the Canadians go through to the grand final!”

Almost a year ago, on June 24, 2021, Artturi Lehkonen sowed collective hysteria in Quebec on Saint-Jean-Baptiste night by sending CH to the Stanley Cup final thanks to his decisive overtime goal in Game 6 of the third-round series against the Vegas Golden Knights.

Like many fans, the Finn still remembers it like it was yesterday. Lehkonen spoke for the first time about this historic goal in the TVA Sports podcast “Dans l’œil du chat”, hosted by Félix Séguin, devoted to the unhoped-for and unexpected playoff run of CH last summer. Listen to both episodes here:

In an interview, Lehkonen told an unpublished anecdote: Corey Perry had predicted that it would be him who would have the honor of scoring the winning goal. Incredible, though!

“During the intermission between the third period and overtime, Corey came to me and said, ‘Lehky, it would be a good time for you to score a goal’… After the game, he said to me: “I told you so!” It was very funny”, he remembered with pleasure.

Lehkonen says he was so overexcited that he felt “like a blackout one minute after the goal”.

“Honestly, it’s a blur in my head how it happened, even though I’ve seen that goal several times since. It is certainly the most important goal of my career. In addition, it was on St-Jean-Baptiste! It was an extraordinary moment.”

As a good teammate, Lehkonen gives much of the credit to linemates Phillip Danault and Brendan Gallagher.

“Phil gave me a great pass. Gallagher also wanted the puck, but I couldn’t see anything but the goalie and the net.” “I was free, but he didn’t pass the puck to me. I’ve annoyed him a lot with that this season!” laughed Gallagher.

In the end, Lehkonen hit the mark with his shot… and Perry with his prediction!

“Before overtime, I told Lehkonen in the locker room that he had a chance to make history,” Perry recalled. So much the better that it was he who scored. Luckily we managed to win that night.”

Lehkonen sends the Canadians to the final! –

The chance of a lifetime

“The Canadiens were my favorite team growing up. It was very special for my family and me to help a team with such a rich history reach the final for the first time in 28 years. Unfortunately, we didn’t get the expected result in the Finals afterwards against the Tampa Bay Lightning. But we can say that we really tried.”

Moreover, without an impressive strength of character, the CH could very well have been eliminated in the first round, while the Toronto Maple Leafs led the series 3-1 after four games. Inspired by veterans like Perry, Eric Staal and Shea Weber, Dominique Ducharme’s men have risen brilliantly.

Perry identified a very specific moment when everything changed.

“After game number four, Dominique asked Staal and me to tell the other players what the playoffs are about. The response was that you should never take anything for granted. Staal won the Stanley Cup in his second year in the NHL (in 2006), so did I (in 2007), but Staal hadn’t had another chance to make the final. Veterans like Shea Weber and Ben Chiarot also didn’t know when they might return. It made an impression on my teammates.”

“We had confidence going into Game 5,” he said. We knew it wasn’t over and it was possible to come back to the show. I said to the others: “Do your best and don’t think too much about the rest. Hockey should remain a game and we should have fun”.

His message was clearly heard.

We know the rest: the Habs won games 5, 6 and 7 to overthrow their eternal rivals from Ontario.

And that was just the beginning of a crazy epic that would be impossible to forget.

“Still on a high»

Unlike Lehkonen and Perry, Paul Byron is still an integral member of the team.

Even if he experienced the reverse of glory, while CH followed with a season of misery, he will forever have memorable memories of this first appearance in the final since 1993.

“It’s something I’ll remember for the rest of my life. The atmosphere was incredible, it gave goosebumps. After the playoffs, when I was walking around town, everyone was still on a high. It was a special moment for me and my family.”

In the podcast, you will also hear testimonials from Danault, Gallagher and Cole Caufield.