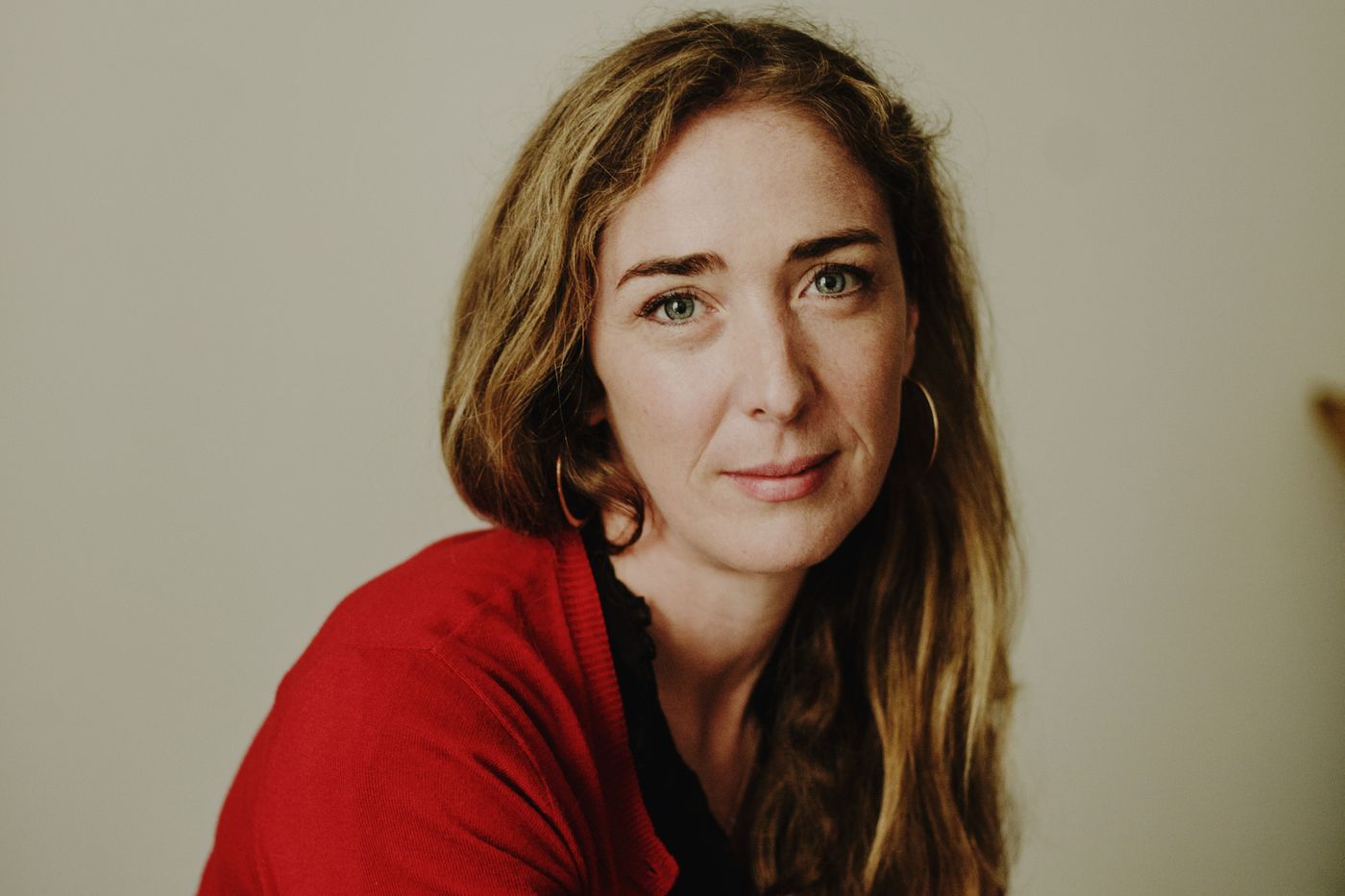 Laughter bursts out at the bend of a hallway paved with yellowish PVC. A room at the Louis-Pasteur college in Saint-Rémy (Saône-et-Loire), transformed into an ephemeral theater, houses a world reminiscent of another, with a few details: a grammar where the feminine prevails over the masculine, an almost zero probability of seeing a man become “president” of the republic, of the streets mainly in the name of women, and so on.

Since February, Léna Bréban, that day alongside actor Pierre Lefebvre, has been traveling through the Burgundy region to play Overwhelming, a piece she created from a novel by Florence Hinckel. The tour – nearly 150 performances – will continue at the start of the school year with another actress while Léna Bréban will resume in Paris the two projects which should have, if the Covid had not been involved, made 2020 “her” year: a production at the Comédie-Française and a second at the Théâtre de la Pépinière.

“The crisis took me out of my comfort zone, she admits. She also reminded me why I do this job. “ The theaters closed, she went to meet the public “Where it is”, with the support of the Espace des arts de Chalon-sur-Saône, first in summer 2020 with Cabaret under the balconies, given in all weather in the gardens of nursing homes, then this year with Overwhelming. A text which, by an effective process of inversion, twists the necks of the most deleterious stereotypes.

→ SELECTION. Reopening of the theaters: the shows to see

“I am convinced that art can change things, launches Léna Bréban. We offer the show to students of 5ebecause they are at the age when all these relationships fall into place. As a child, we have all this freedom to be, then in adolescence comes this feeling of no longer being suitable. Me, I grew up like that, telling myself that I was not suitable for a girl, that I was not gentle enough, not delicate enough. “

As a teenager, on the outskirts of Orléans, Léna already dreams of the theater. “My mother was part of an amateur clown troupe, she remembers. When I was little, I loved attending rehearsals, feeling the stage fright with her, feeling my heart beating. “

Laughter then takes a place that will remain essential. “If people are laughing, you know you’ve hit the right spot, she explains. In any case, that’s my conception of the theater: it should never be synonymous with boredom. ” As a child, a reading also founds his vocation as an artist: Without a family d’Hector Malot. “I was 9-10 years old and I was fascinated by the trailer, the idea of ​​playing from town to town”, she says.

Later, it was on the roads that she had her first professional experience with Jacques Livchine, who spotted her at the Chaillot school and took her on several tours. At the end of the 1990s, she left the traveling troupe to enter the National Conservatory of Dramatic Art where she discovered the “Power of great texts” with Shakespeare, of course, and Brecht. Then she followed the roles under the direction, among others, of Alain Françon, Ladislas Chollat ​​and Charles Tordjman.

In 2006, Adrien de Van asked him to direct Claude Ponti’s plays at the Paris-Villette theater. “I’ve always had this desire to tell stories the way I want, she explains. It took a while for me to let myself go, maybe because I didn’t see a lot of female directors. Today, I know this is my place. “ Léna Bréban likes “To do theater with nothing”: above all no technology, only a few objects, wigs – which she loves – and costumes to open breaches into a generous imagination.

Get people on board

Inseparable, adapted from Colas Gutman in 2009, and above all Green, adapted from a novel by Marie Desplechin in 2018, sign his first successes. The administrator of the Comédie-Française, Éric Ruf, then offered him the stage of the Vieux-Colombier. Without hesitation, she chooses to ride her dear Without a family, which she wrote the adaptation with the actor Alexandre Zambeaux, friend and accomplice since his beginnings at the school of Chaillot.

“This story also has an intimate resonance, she confides. The figure of Vitalis touches me in particular. I was adopted by my stepfather who was a very important person in my life, as a tutor who helped me grow. ” The show should see the light of day, a year late, in December.

Léna Bréban will then venture into the private theater with As you would like by Shakespeare, his first classic. She imagines it in music – another of her passions – at the Théâtre de la Pépinière in Paris. “Whatever audience I create for, I practice my art in the same way, she assures. I like to tell stories, to get people on board. “ Towards horizons of infinite emotions.

Her inspiration: a line of women

“I feel deeply carried by a line of women: Simone de Beauvoir, whom I read as a teenager, Christiane Taubira, so brilliant, to the singer Angèle. I admire this young generation which, without renouncing femininity, adopts very clear and very mature positions on gender inequalities.

In a completely different register, I am very inspired by the work of Riad Sattouf, the author of Esther’s Notebooks and of The Arab of the future. I often show his drawings to my actors during the preparation of shows. I like the way he sketches his characters, this humor that plays on caricature without ever forgetting the tenderness. “