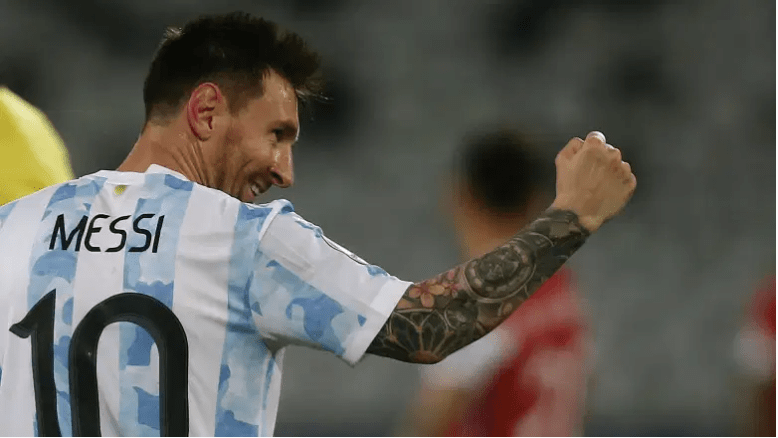 Vacation Leo messi they are intense and even relaxing at the same time. In your case, you can do certain things and enjoy certain things while fulfilling others.

This Monday, the Barcelona star found himself in the famous Guitar Hotel in the city of Hollywood, 20 kilometers north of Miami.

The player posted images of him and his family at this hotel that has become one of South Florida’s tourist gems.

Since arriving in Miami, he has stayed in a house they rented in Key Biscayne. But beyond where he is staying, it has been the attention that his stay in South Florida has generated taking into account that he has been seen in several places that he frequents every time he visits the city.

It also generated a lot to talk about last weekend when he was seen at the restaurant in the city of Surfside which is owned by singer Ricardo Montaner.

Messi was seen next to his father at the famous Miami Beach restaurant, Prima Pasta with the owner of the establishment, Gerardo Cea.

Messi is the face of Hard Rock

In June of this year, the Argentine star signed a multi-million dollar contract with the Hard Rock network to be its global ambassador. The event took place right at this hotel in South Florida, unfortunately he cannot be present as he was playing the World Cup qualifiers and preparing for the eventual conquest of the America’s Cup.

“I am honored to collaborate with such a renowned brand as Hard Rock, and even more so in a historic moment such as its 50th anniversary. Sports and music are part of my life, a perfect combination between my profession and my free time. Uniting both is a great success and I am very happy that they have counted on me to celebrate this milestone. It is an honor to be the first athlete to be associated with a brand backed by a long history of alliances with music legends, ”said Messi when signing the agreement.

READ MORE: Yerry Mina is sincere about what happened against Leo Messi and Argentina: What did he say?