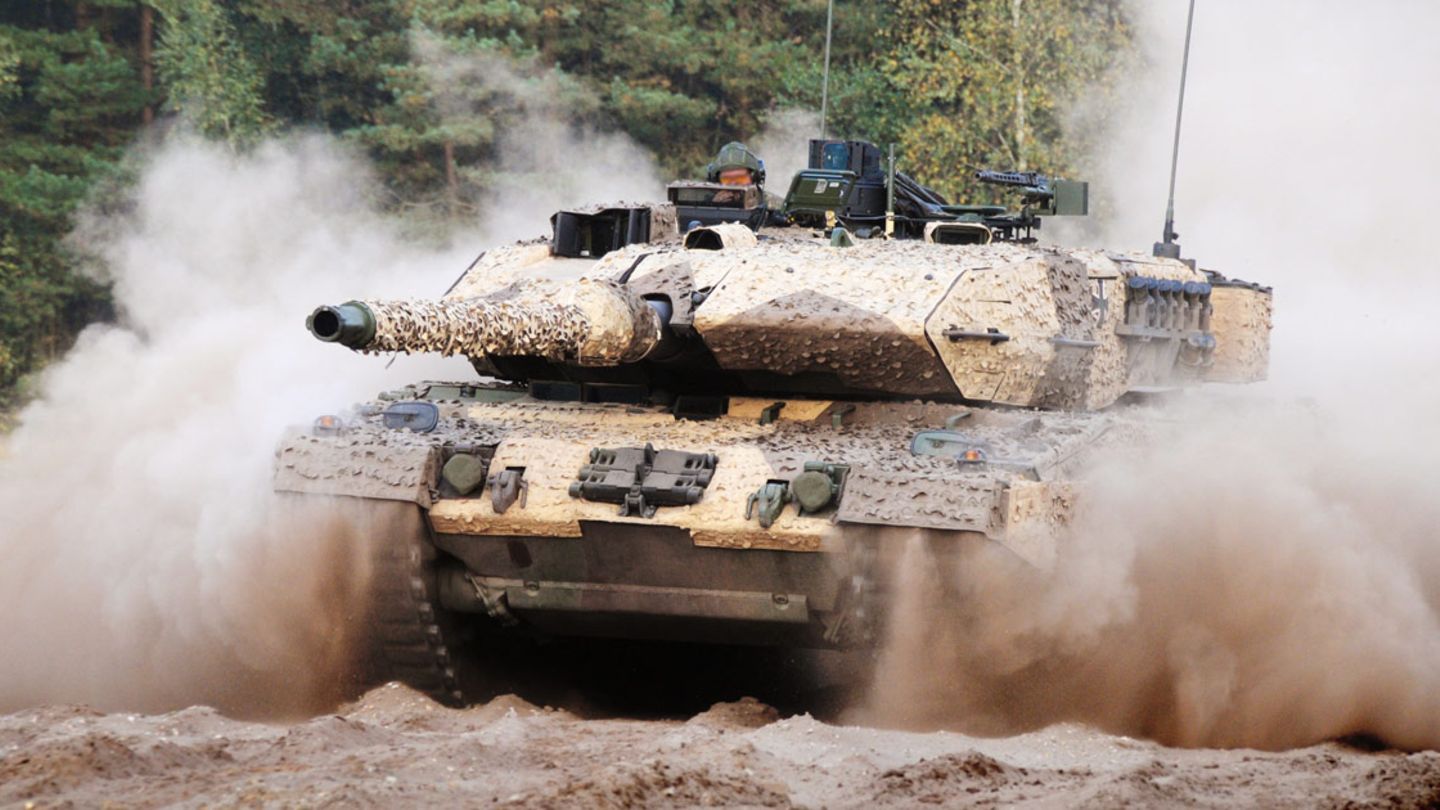 Heavy tanks quickly become easy prey when attacked with modern anti-tank missiles. 17 Leopard of the Bundeswehr now receive the Rafael Trophy Active Protection Systems. It’s about time: Moscow has been providing its tanks with similar protection systems since the 1990s.

Germany wants to equip a tank company with the Rafael Trophy Active Protection Systems (APS). This system should better protect the leopards from anti-tank missiles (ATGM). In Syria, Turkey had used German Leopard tanks and quickly suffered heavy losses from these types of missiles. Although it was an older series, the Leopard has clearly lost its nimbus. Especially since a fundamental design error was partly responsible for the losses. Apart from the operational errors of the Turkish military, ATGMs are a growing threat. Bazooka and Panzerschreck from World War II could only be used at a very short distance, modern ATGMs hit their target from more than three kilometers away (read: “Panzerschreck – the stovepipe was the XXL version of the American bazooka”).

Inflatable tanks, paper mache cannons – this is how the Allies deceived Hitler before D-Day

The armor can hardly keep up, even if armor plates made of several layers of material promise better protection. In addition, reactive armor is used. An ATGM does not blow up the target with brute force, like hard core ammunition made of uranium or tungsten, but uses a kind of “welding beam”. The reactive armor explodes, practically blasting away the enemy warhead. Active protection like APS works differently. A special radar detects the approaching missile, a charge on the tower is aimed at the threat, and shortly before the impact it is ignited and creates a splinter cone that shreds the approaching warhead. The Russian armed forces are well advanced in terms of active defense systems. Tanks have been equipped with the Arena system since the 1990s. Here a cassette is ejected from the tower, its explosion then triggers a hail of splinters.

Like all hard-kill systems, Trophy APS is mounted on the leopard’s tower. The known weight problems of the tank and especially the turret are likely to increase further. In the course of time, the German main battle tank, which dates back to the Cold War, was continuously upgraded, both in terms of technology and armor. Each lap resulted in extra weight. The NATO tanks are much heavier and therefore more immobile than the Russian models.

Will Hyundais K2 beat the German Lepoard 2 in Poland?

The Bundeswehr unit is to receive the trophy systems as early as 2022. The 17 trophies are to be installed on leopards version 2 A7. The upgraded system will then be called A7A1. The Bundeswehr has tried out several hard-kill systems. Trophy won the bid because the Israeli system had already proven its effectiveness in battle. The rival product from Rheinmetall ADS was unable to score. Trophy APS was also selected by the US to retrofit four brigades with M-1A2 SEP2 Abrams tanks. While the US is “doing everything in its power”, the Bundeswehr is acting more cautiously. The order includes the 17 systems alone. Enough to equip a company and four replacement vehicles. It is to be expected that in the long run all Leopard tanks in the Army will be equipped with hard kill systems. In this way, the Bundeswehr gives the competing companies the opportunity to get the larger orders.

Mine-clearing tanks instead of fire-fighting aircraft

This is how the Russian military put out a forest fire

Fight between the hare and the hedgehog

It is questionable whether systems like APS can effectively protect heavy battle tanks in the long term. The older anti-tank missiles will be able to fight them off. But even the simple Russian RPG-30 Krjuk anti-tank rifle outwits it. The RPG-30 is not a comparatively large system. It is the size of a bazooka and can be transported and used by a marksman. The RPG-30 ejects two missiles. In front of the deadly warhead, a dummy flies on the same path, shortly before the target the dummy detonates and thus triggers the missile defense. The actual warhead then happens undisturbed. The PRG -30 has been manufactured in large numbers since 2012. Advanced ATGMs like the FGM-148 Javelin from the USA or Trigat from Germany attack their target vertically from above, this angle of impact overwhelms most hard-kill systems (read: “Small, portable, deadly – the Javelin is the most dangerous tank -Killer of the World “).

How this Leopard tank survived a missile hit