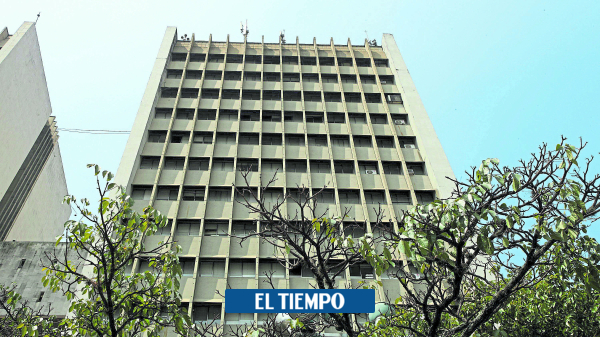 The contracts signed by Emcali with two consortiums, they were summoned by the Prosecutor’s Office in a hearing for the scandal of Populated Centers, a firm that received an advance of 70,000 million pesos in a contract with the Ministry of Information Technologies and Communications (MinTIC).

One of the links of Emilio Tapias, who is being investigated for the MinTIC scandal, would be the person who delivered false letters of credit in Emcali contracts.

Last Friday, in a statement, Municipal Companies reported that payments to two consortiums were suspended due to information from the Prosecutor’s Office and awaiting a report from a bank on the veracity of their documents, to guarantee the case.

(Read in context: Mintic case: the trail of a governor and silver to Dubai that Tapia moved)

On Monday afternoon, Itau bank informed Emcali that it had not issued the quota letters (financial support) delivered by one of the members of a consortium for two Emcali contracts.

The lawyer Hernando Morales, advisor to the Emcali management, reported that “we will be reporting this situation to the Prosecutor’s Office. In contractual processes, obviously, good faith is presumed. The Law establishes that if the truth is missing in any document, the citizen, contractor or whoever proposes is the one who assumes responsibility. “.

He noted that Emcali lacks jurisdictional competence to expire the contract because it is not covered by the Law 80 and an excepted regime corresponds to it. The expiration proceeds only in breach of the contract and not due to policy problems.

“For this reason, after the respective complaint, the contractors will be summoned for the purposes of the pertinent legal actions and to make decisions related to the continuity of the contracts. If there is no agreement, the judges would be the ones who have to define whether or not there were crimes that are being reported, “said the lawyer.

(You may be interested: The lethal traps that took 4 ex-militants determined in peace)

In a statement, Emcali reported that it has not found contracts with Poblado Centers in its databases, a firm questioned in the contracting scandal of the Ministry of Information Technologies and Communications (MinTIC).

The prosecution, In one of the hearings in the case of Poblado Centers, he pointed out that two consortiums that have contracts with Emcali presented letters of credit issued by a bank and that they were presumably false.

In a statement, Emcali reported that payments to those firms were suspended while “the legality of documents is clarified.” On Monday the bank’s certificate arrived stating that the entity did not issue these letters of credit.

In the case of Emcali there is no competition to expire the contracts for those false policies in question.

Although “the contracts are in execution” without any inconvenience, Municipal Companies insist that no advances have been made.

(Also read: With tutelage they seek euthanasia to be applied to a patient in Cali)

Councilor Roberto Ortiz, who was a candidate for Mayor of Cali, said that “a scandal with Emcali is beginning to sound. The Prosecutor’s Office would have evidence of falsification of documents in the hiring of this company, the manager must clarify these possible acts of corruption.”

Councilor Diana Carolina Rojas He requested the manager’s resignation and seconded Councilor Ortiz. He noted that there are multiple complaints of irregularities in hiring. “Mayor: Speak out and take action on what happens in Emcali. Here there must be political responsibility for you and the board of directors.”

Sintraemcali reported that the contracts with these consortia, for 6,212 million pesos (one for 3,798 million and another for 2,414 million) are for repair tasks in Puerto Mallarino, a water treatment plant on which 80 percent of the population depends.

The Union asked the Mayor of Cali, “once again, to take the necessary corrections to prevent corruption and anti-management actions from affecting the finances and the good name of the Company. He notes that his political commitment is with the Company and does not share the Uribismo political opportunism at the head of María Fernanda Cabal, Roberto Ortiz, as well as the councilors of the cacaos of Cali, Diana Carolina Rojas, who only seek political gains. “

MIO recovery will cost $ 38 billion and would end in December