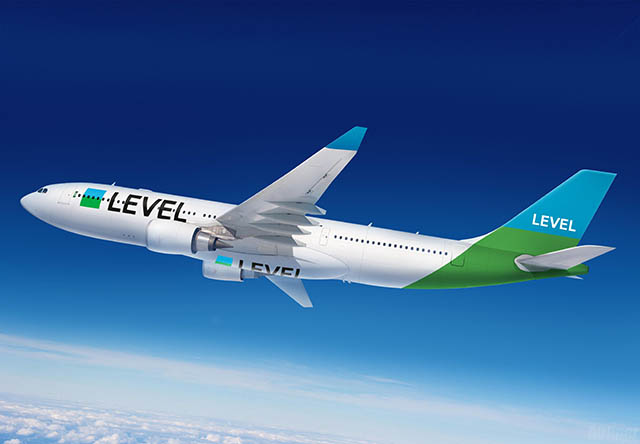 The airline company low cost long-courrier Level France decided to remove two of its six roads to Paris-Orly, the one towards Las Vegas inaugurated last fall and the one around Boston which was to see the light of day in late March.

Information revealed by the union of flight attendants and stewards SNPNC has not been confirmed by the Spanish specialist in cheap flights: the Level site indicates this morning reservations possible until October 21 to Nevada, but none to Massachusetts. The decision was reportedly announced at an Economic and Social Committee (CSE) from Level on January 23, 2020, and would allow it to refocus on its four other routes: New York in the USA, Montreal in Canada, and Fort-de-France and Pointe-à-Pitre in the West Indies. The possible impact on employment at its Orly base is not known.

Remember that since October 30, 2019, the group’s subsidiary IAG (alongside British Airways, Iberia, Aer Lingus and Vueling) offers two flights per week between its base at Paris-Orly and the airport of Las Vegas-McCarran, operated by Airbus A330-200 that can accommodate 21 passengers in Premium class and 293 in Economy. A route without competition for Level except during CES in Las Vegas at the beginning of January, when Air France and La Compagnie set up special flights.

The low cost connection to the airport of Boston-Logan was due to see the light of day on March 31, with three weekly rotations in A330-200 and this time facing Air France and its joint venture partner Delta Air Lines, as well as with the low cost Norwegian Air Shuttle – all its rivals operating from Charles de Gaulle airport (Primera Air also offered this route before its bankruptcy ). Level already serves Boston from Barcelona.

Remember that Level based a third A330-200 at Orly last fall, where it already offers routes to New York (Newark-Liberty), Montréal, the Martinique and Guadeloupe. It also offers a link between Vienna and Paris-CDG.

There it’s done !
We stop Vegas and Boston.
We refocus on EWR, YUL, PTP and FDF#flylevel #levefrance #pnc #snpnc pic.twitter.com/bG29Z4wmgf

365 days a year, Air-Journal keeps you informed free of charge. Support the site with a donation, participate in its development!
I make a donation

The pandemic reconverted the practice of law

New in WhatsApp: That means the little clock on the profile picture